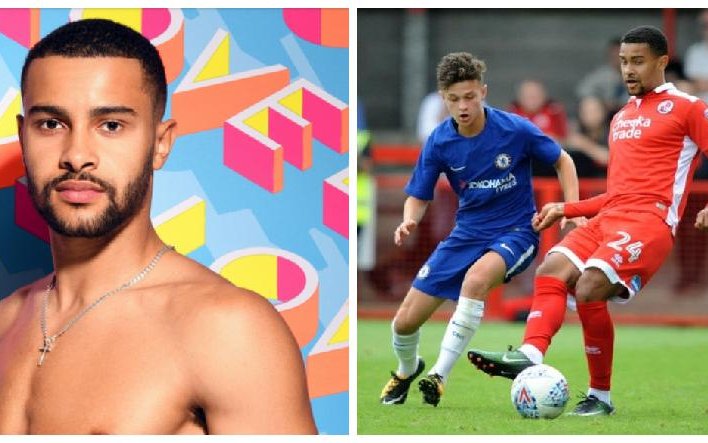 Charlton fans have today received the news that last year’s Love Island star Dennon Lewis could be joining the club from non-league side Wealdstone.

According to The Sun The Addicks have shown interest in Lewis by ‘agreeing a £50,000 deal’ with Wealdstone.

The 23-year old was booted out of last summers Love Island show after failing to ‘re-couple’ with anyone. Now I don’t watch Love Island, but I’m guessing he got kicked off the show because he didn’t have a girlfriend, however it looks like there is life after the ITV program for Lewis

Going into the important part which is his football career, he started off at Watford’s youth academy in 2008 and has been sent out on loan twice to Woking and to Crawley town, he managed to scored four times in twenty-seven appearances for The Cardinals and played ten times and scored nothing for The Red Devils.

Since then he has gone on to Falkirk where he endured a tiring time that was hindered with racial abuse, he played twenty-three games and scored twice in all competitions.

He also made four appearances for Bromley before moving to Wealdstone where he has played 32 games scored 14 and provided 11 assists as the Ruislip side won the league.

I think what would interest Gallen and Bowyer is the versatility of him, he can play as a full-back, a winger and a striker, although I don’t know how many games he plays in either position so it’s hard to judge him on his scoring if this is the case.

He does seem like a big personality after appearing Love Island so I don’t want another Lyle Taylor situation at Charlton.

I really don’t think that we will be going in for him, it just seems too strange of a move and Bowyer has also said he will not be focusing on transfers until we are firmly in the Championship for next season.

The Sun are known for their untrue stories, so who knows if this is correct, but here’s our first transfer rumour going into the summer, it’s always an exciting time that raises some eyebrows!