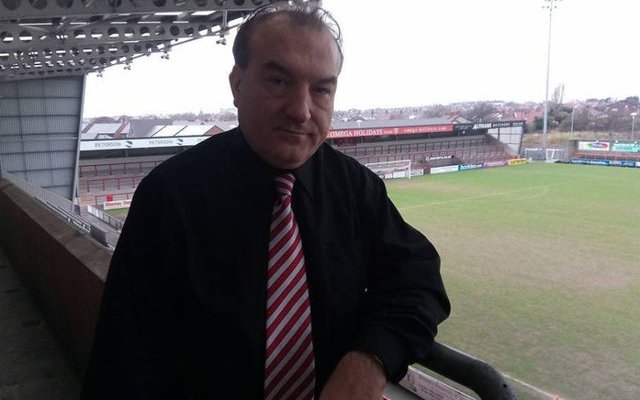 Now that Thomas Sandgaard is in a very advanced stage to buy Charlton Athletic, I don’t think we could really see anyone else taking over, however, there is still a race and negotiations to be had and another person in this race rivalling Sandgaard is a very controversial figure, Joseph Cala.

A little bit of a background on Joe Cala, he failed a fit and proper persons test at National League level and has had failed attempts at buying Morecambe, Portsmouth and the icing on the cake Bury with an attempt last year when they went under

Believe the UK-based bidder in an NDA over a potential #cafc takeover is Joseph Cala. His name first came up around the end of May. Previously involved at Gateshead and linked to abortive approaches for Morecambe (2017), Bury (2019) and Portsmouth (2012).

Not only that whilst he was a financial advisor at Gateshead and at that time there were experiencing some financial hardship with Cala being the one who got most of the hate sent his way.

In short, this guy looks as though he could be another conman, he sounds like he would suit ESI pretty well, but he will certainly not fit well in Charlton and this is not the first time he has tried to get involved with Charlton either.

Joe Cala certainly wants his name linked with Charlton. Someone asked me and others to mention his name yesterday & now, out of the blue this afternoon, 3 separate accounts all mentioned it within 10 mins. Quick search shows none of these three account had mentioned #CAFC before pic.twitter.com/TQEk6IYxI1

Looks like we have to come together again to show everyone and himself that he is not wanted at this club by tweeting #CalaNotWelcome at 6 o’clock tonight, we don’t need people like him getting in the way and making it an even longer process for Thomas Sandgaard to take over the club.

Sandgaard is the one we have needed this whole time to take over the club and he’s going to need the help of the fans to take these shady characters away from the deal.