Potential new owner will ‘not’ be buying Charlton 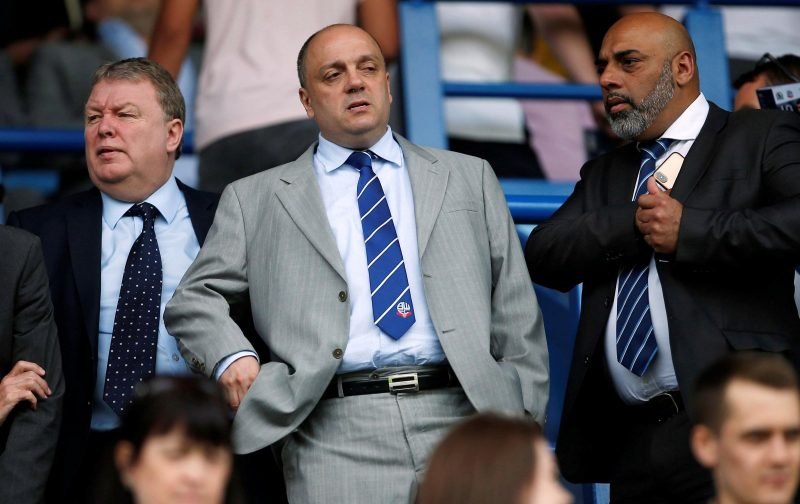 The drama at Charlton has heated up once again and with the ownership change at ESI proceeding in the next few weeks, Addicks fans will find out who will be the man to lead the club in the future.

One worry is that it could be Laurence Bassini, he has previously taken control of Watford and most recently Bolton Wanderers where he plunged them into administration after a very familiar story regarding failure to produce proof of funds.

However, this has now been debunked by journalist Alan Nixon as he stated on Twitter today and the person buying ESI and Charlton is not Bassini. Thank god.

Many fans have been giving their theory on who this owner could be we have had names like Cellino, Kenyon and international superstar Elton John which I would say is the one furthest from reality, however that would be a great move for the club.

Still hasn’t stopped me posting this though!

Alan Nixon does indeed have an idea who it is, but for obvious reasons, he can’t release his name in case he is actually involved with this takeover, but apparently this candidate has been trying for ‘weeks’.

I think I know who it is. He’s been trying for weeks. He’s now ducking all calls. So I can’t confirm. He has been in football before. But he may have lost this to another party. So I can’t write it as yet. Whoever it is better be in soon … https://t.co/mTtiNN72GP

Charlton don’t have too much time left in the bank and someone needs to swoop in and save this club as soon as possible, but in these uncertain times we all need to stick together and fight for the future of the club, us Charlton fans should all have this in common right now, we need to do whatever it takes to get our club back!