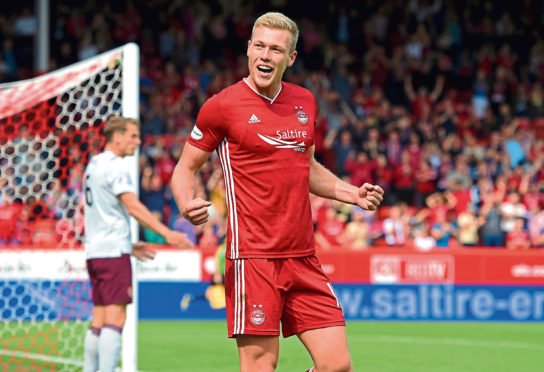 The possibility of Lyle Taylor’s exit in January still remains a hot topic in the Charlton world as he has netted 5 goals in 6 games for The Addicks so far this season.

A new name has emerged for a potential replacement for Taylor if he was to leave and that is Aberdeen’s Sam Cosgrove.

Cosgrove is a fan favourite at Pittordire since he moved from Carlise United last year and has been impressing ever since.

So far this season Sam has managed a remarkable goalscoring feat with 15 goals in 17 games in all competitions as a host of Championship clubs including Charlton are keeping tabs on the 22-year-old.

According to TEAMTalk Cosgrove could be available for less than £2million and with Charlton’s £4million bid for Ivan Toney getting turned down in the summer, signing this man is a real possibility.

With this fella smashing the goals in like theres no tomorrow, would you be happy to see Cosgrove join Charlton let us know in the comments below!