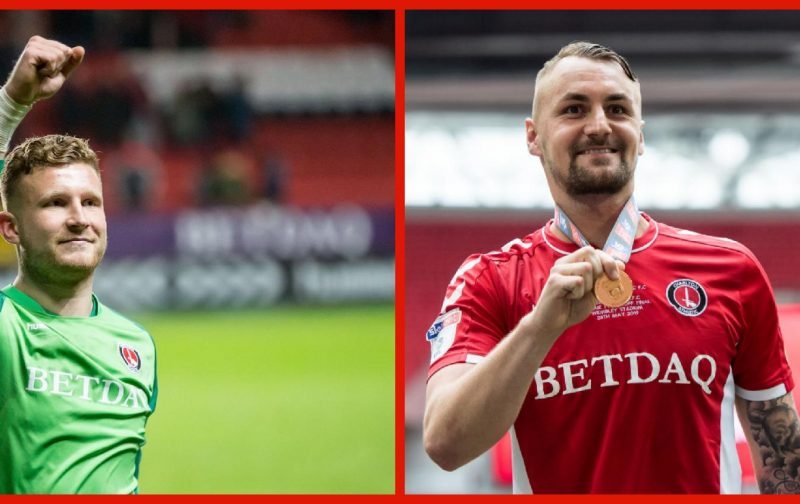 Charlton will play host to Preston North End this Sunday at 12pm, an unusual time for kick-off at The Valley, but we will have to get used to that in the coming weeks, however that is not the only unusual thing happening this weekend, former Addicks defender Patrick Bauer will play his first game against Charlton.

BFG has been a major player in our team for the last four years and also brought us up to The Championship with his effort on goal in the 94th minute at Wembley in which has gone down as one of the most memorable moments in Charlton history.

With his arrival coming up, Charlton goalkeeper Dillon Phillips spoke with The News Shopper’s Huw Cross and here is what he had to say when questioned on his former teammate

“He only had to stick it in the net from four yards but that gets you hero status, but he was great for us last season.

“He’s a good lad and we miss him around the place.

“He deserves all the plaudits when he comes back as he was massive.

“He did a lot for the club when he was here.

“Obviously he’s moved on but that happens in football, hopefully, he’s enjoying it up there, but not too much this weekend and we get the result on Sunday.”

It’s good to see there still that little bit of banter there, I’m sure when Pat reads the first line he will have a little chuckle, but he was fantastic for us last season there is no denying that and there was a huge void to fill when he left, but thankfully Tom Lockyer has stepped up to the mark and is putting in very good performances.

Dillon was then asked about the own goal at Wembley

“I speak about it all the time, but it’s something I’ve said a million times, to have that feeling of winning, I’d do that a thousand times again.

“I was just over the moon with the outcome and it was brushed under the carpet.”

You have to hand it to Dillon, after conceding such an embarrassing goal at Wembly on one of the biggest days in Charlton’s history would shock most keepers to the core, but he came out the other end stronger and did not let it affect him and that is a sign of a proper Charlton player right there and with the way he is improving since then is remarkable, keep up the good work Dillon!