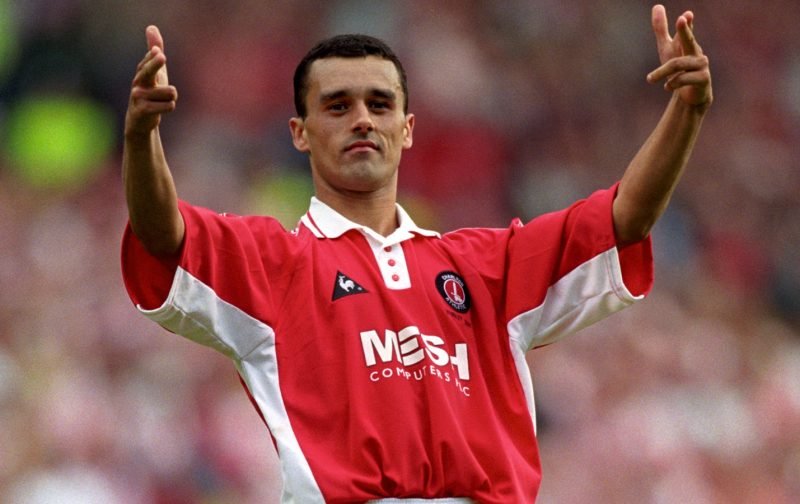 Charlton are a club who have had a very interesting and iconic history, the story of The Addicks can be tragic at times and most recently confusing and embarrassing, but there are many moments in Charlton’s history that shaped the club to what it is today, The FA Cup win in 1947 to doing the playoff final double over Sunderland in 1998 and 2019.

The history will continue to make us laugh, make us cry and send us into jubilation when things finally go our way, but until then all we have are memories.

We take a look back at ten of the most iconic pictures in Charlton’s history to show the younger generation what it was like back in the day and to bring back the memories for the older ones, without further ado lets start!

10. The Moment The Winning Goal Was Scored Against Sunderland – 2019 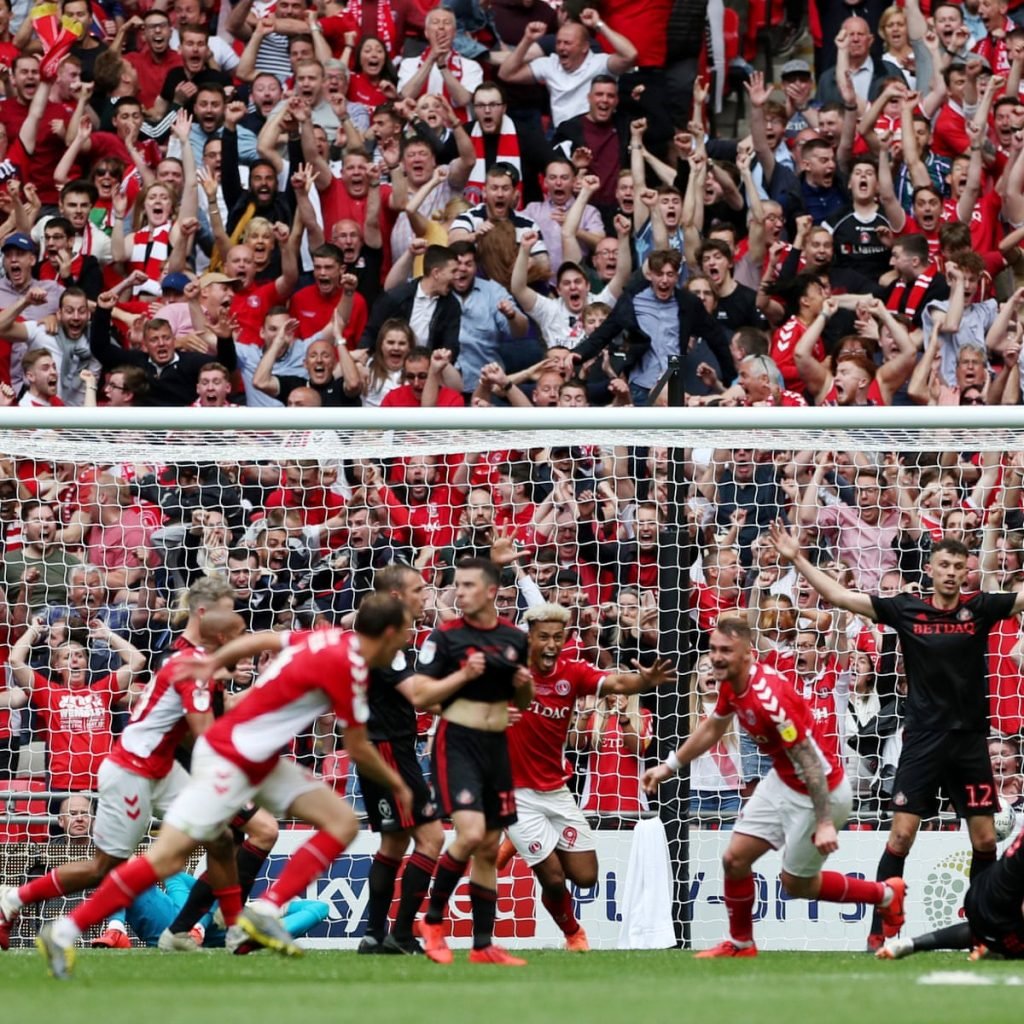 Just look at the faces of all those Charlton fans as Patrick Bauer’s sliding shot hit the back of the net in the 94th minute. Absolute scenes and they say football is just a game. 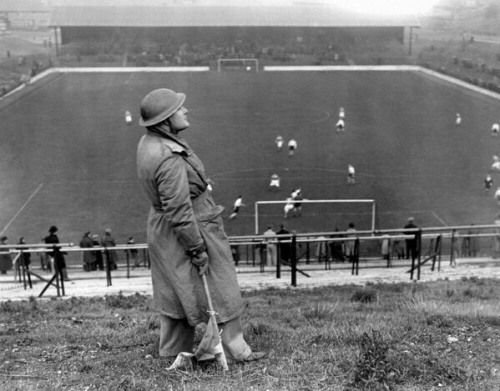 A very iconic photo of the old-style Valley in war-time London as a spotter looks out for German air raids whilst Charlton play Arsenal in the background.

This was when the mentions with Roland Duchatelet’s reign truly hit breaking point, it was needed for sure and thank god we got rid of that awful fan sofa. just s an honorable or in this case dishonorable mention this is what was last seen of the fan sofa. 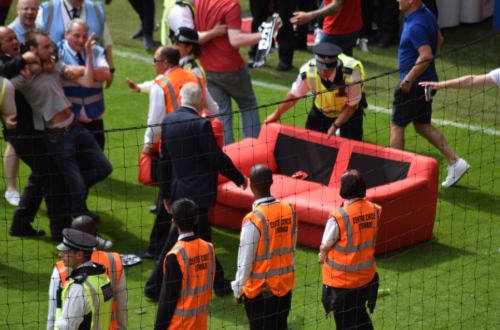 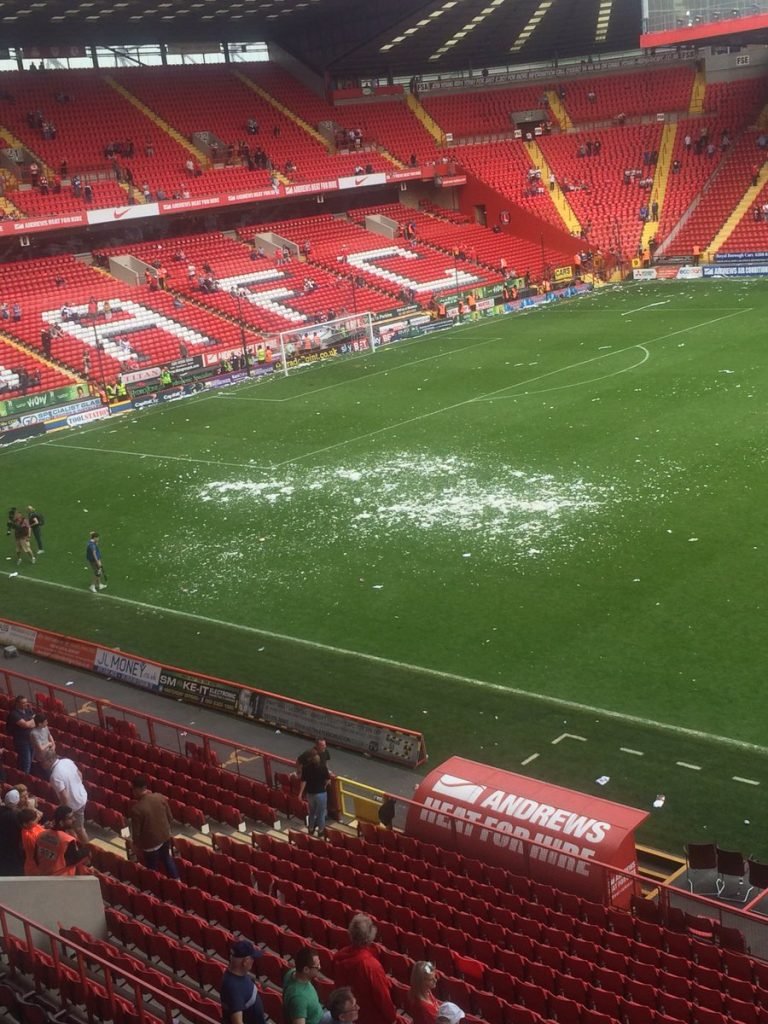 It was ridiculously hard to just pick one picture for this moment, however this one shows the sheer size of the pitch invasion and how special it was to Charlton fans when we finally found out we were on our way to Wembley after an absolute rollercoaster of emotions in the playoff semi-final against Doncaster.

An extremely tiring time in the club’s history as Charlton was kicked out of The Valley and it was left to rot for years. 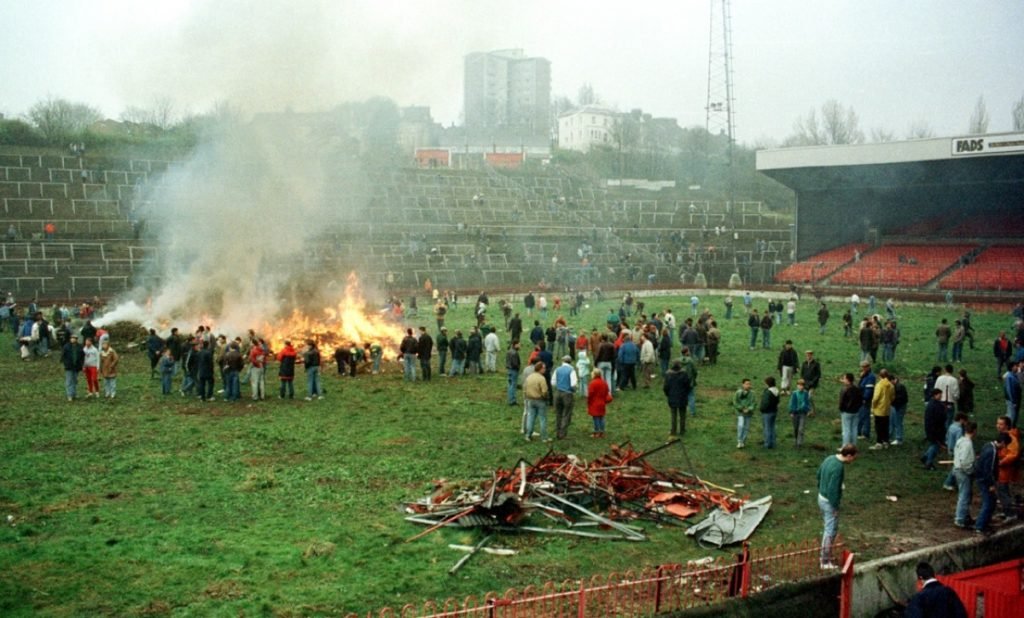 Charlton fans saving the club themselves as they clean up the derelict Valley and turn it back into a football stadium. 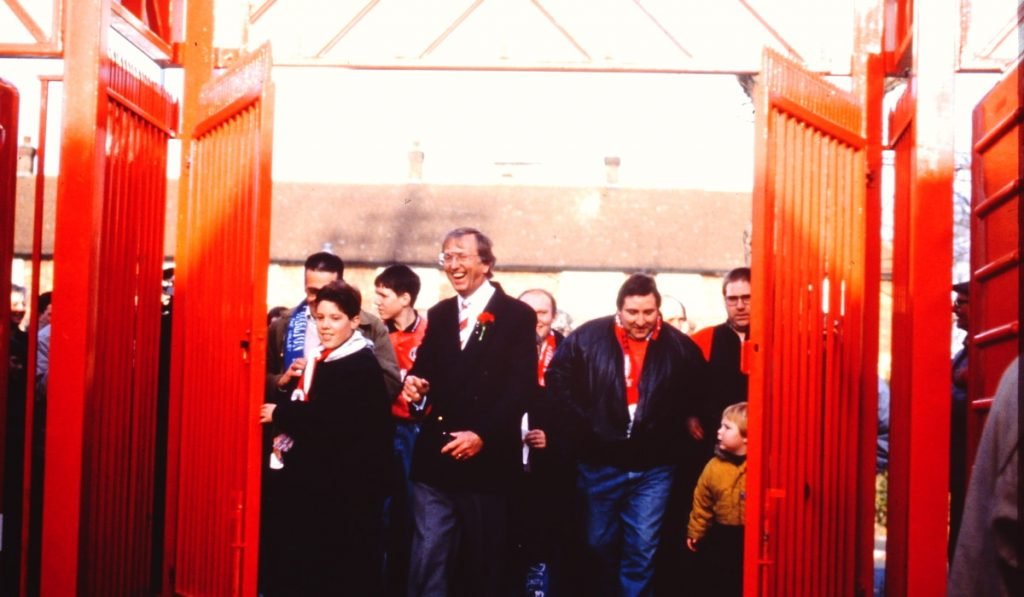 Chairman Roger Alwen happily opens the gates at The Valley for the first time in 7 years.

Sasa Ilic saves the day as he stops Michael Gray’s penalty from hitting the back of the net to send Charlton to the Premer League. 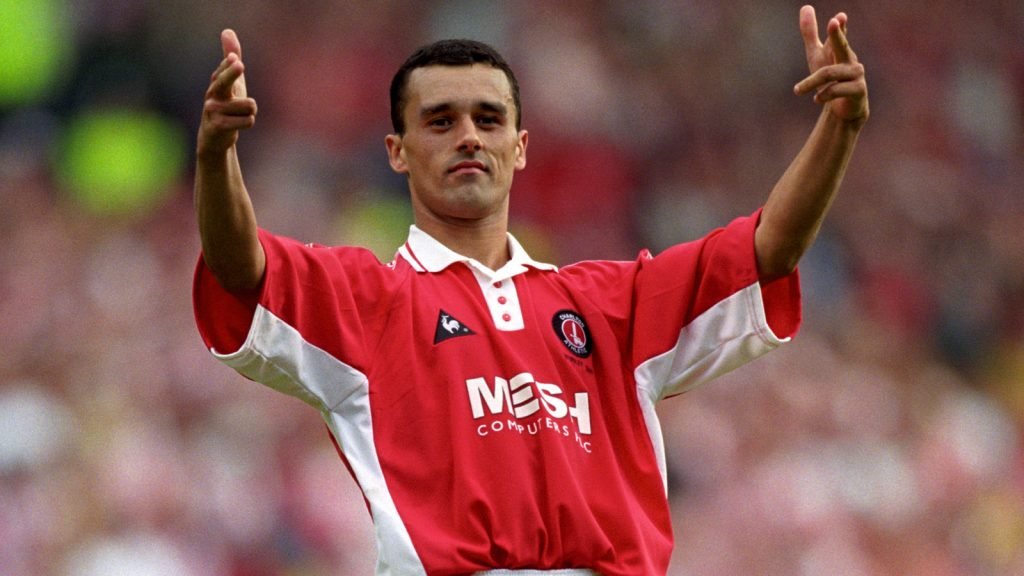 If your a Charlton fan and you have never seen this picture before, are you living under or rock or something? Clive Mendonca celebrates his penalty after scoring a hat-trick in the 4-4 draw with Sunderland at Wembley, very iconic. 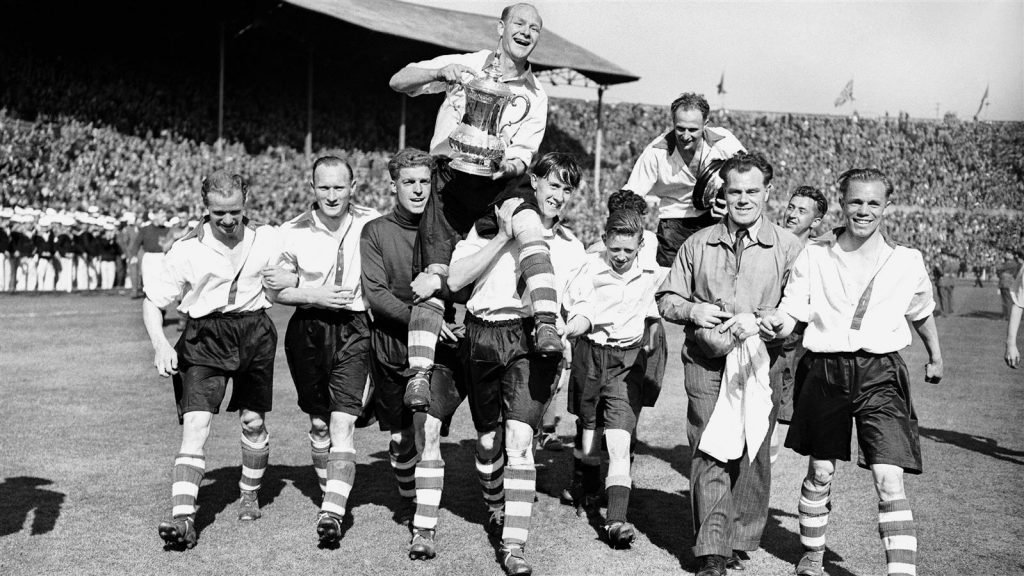 The Charlton players hold up captain Don Welsh as The Addicks run out 1-0 winners against Burnley to win The FA Cup in 1947.