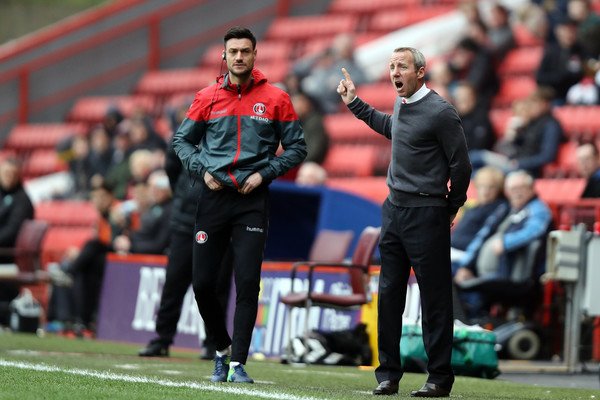 Charlton has finally recorded back to back wins for the first time since August and it was all thanks to Darren Pratley who headed in Josh Cullen’s corner to send Charlton up to 18th place and three points off of the relegation zone.

Pratley was not the only man who was involved in the making of that goal, Charlton legend and assistant manager Johnnie Jackson worked heavily with the team on set-pieces, as it was also on full display against Hull City where we ran out 1-0 winners, the same scoreline at this weekends fixture.

Now that scoring goal from set-pieces is starting to become a regular occurrence, Bowyer took to the mic to praise Jacko on his tactical thinking as he spoke to Louis Mendez for The South London Press and here is what he had to say about his reliable assistant

“Jacko works hard on set-pieces, we look at other teams and how they set up. I had a conversation with Jacko the other evening and said ‘looks there’s something you can work on here, work on there.’

Jacko had a look and I said ‘here’s three ways we can hurt them, you have a fiddle around with it and whatever you think is best, you go with that.’

“Jacko worked on them hard yesterday and it’s paid off again. Set-pieces are very big in the game. We work hard at them, Jacko more so. I don’t care how we get the three points as long as we get them.”

I feel like Jacko has always had an eye for set-pieces even when he was a player, he was very intelligent on the ball and had a great tactical awareness when playing for The Addicks over the course of 279 appearances and 55 goals in all competitions from 2009 to 2018 (yes I am including his loan spell from Notts County).

He was always destined to be in the backroom at Charlton after the amount of desire and passion that he showed on the pitch and because of that, he garnered a lot of respect around The Valley.

I do hope to see the former skipper take the reigns at the club and have a go at management, obviously, we still want to have Lee Bowyer but if he was ever to leave the first man that would be on the list would be Jackson without a doubt and I certainly think he deserves it after everything he has done for the club.