Vital Debate: The fans reveal who they want on their January transfer wish list 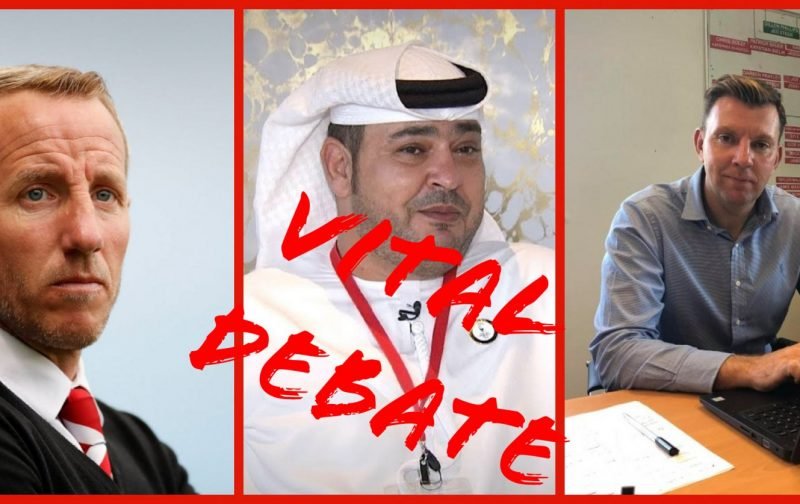 Lot’s of exciting things are starting to happen, the takeover is almost complete and the fans are speculating on who could be brought in as reinforcements in the January transfer window.

It’s over to the fans on Twitter who have weighed in on who they would like to see at The Valley come January time and we will start off with the flag surfer Dodger who thinks we should bring in Ademola Lookman on a loan deal from RB Leipzig.

This would obviously be a fantastic signing after Lookman had a successful loan spell at RB Leipzig which saw him score 5 goals in 11 games for the German outfit.

Unfortunately for him, his appearances at Leipzig have been limited after seeing him perform inside just 200 minutes all season so a loan move for the 22-year-old might be a good move for both parties.

Another great suggestion, this time from Marcus Ally. Armand Gnandiullet has been in fantastic form this season for League One Blackpool with 17 games and 11 goals to his name whilst maintaining an average of a goal every 112 minutes for The Tangerines.

This could be a bit of a risk seeing as this is the only season where he has performed to this standard and he has already beaten his highest goalscoring tally of 10 last season.

Could be a risky one going for him, but I would be surprised if Bowyer and Gallen were not keeping tabs on him.

Shaun H has provided us with a good list with decent players so here is what I have found on them.

Probably one of the best strikers in League One right now is Bristol Rovers’ Jonson Clarke-Harris who has scored 8 in 11 games so far this campaign for The Pirates.

It’s only been the last couple seasons Clarke-Harris has been making an impact up front as most of his previous seasons in the game boasts a woeful goalscoring record.

It’s a tough one to call because of the way he is playing now and the way he has played and right now he is in the form of his life!

The young Doncaster midfielder would be a fantastic signing for us, still only 23 he will be able to develop and maintain a place in this Charlton squad by next season if he was to sign in January.

This season he has made 16 appearances and scored three times for Donny playing 1,104 minutes of game time so far.

I wouldn’t mind him at Charlton and is certainly someone to keep an eye on.

The young Liverpool midfielder had quite the season last year with Doncaster Rovers, racking up 38 appearances whilst scoring four times and creating 6 assists for his loan spell in Yorkshire.

He has been attracting the attention of The Championship but remains in Liverpool’s U23s team, so far he has played eight games and scored twice whilst also having the same return on his assists this season.

This would personally be the best signing out of the lot of them.

Maddison has so far been having a fantastic season in a very talented Peterborough United side.

He has managed 17 games with 9 goals and 6 assists this season and is one of the best players in not the best in League One and would be a welcomed addition to the club.

The Irish midfielder has been having a decent season in terms of football with four goals in fifteen games, but ex Charlton manager Phil Parkinson has told the former Celtic man to leave the club this January after saying he has “no future” at Sunderland.

This would be an alright signing, yeah he’s getting on a bit he’s now 33-years-old now so he will bring some experience to the table, only other thing I would worry about is would he fit into a Lee Bowyer team seeing as he’s a winger? Possibly, sometimes it’s good to change things up.

He may have only been a professional footballer for two years but 28-year-old Curtis Tilt is sure making a name for himself at Blackpool with 17 appearances so far this season providing two assists for his team.

He would be a welcomed addition to the club, we do seem to need a bit more strength and depth at the back at the moment and is a position we should be looking at.

Can we get Dwight Gayle on loan? or is that a step to far? Ben Whiteman, Marcus Maddison would be a good start.

Former Crystal Palace striker Dwight Gayle lit The Championship on fire last season scoring 23 goals in 39 games for West Brom so we know for a fact he can do a lot of damage in this league, but CAFC10 stresses that it might be a step too far and I think so too.

Josh Cullen on a permanent and Ivan Toney from Peterborough #Cafc

Now, this is one that we are all keeping our fingers crossed for and that is a Josh Cullen permanent signing.

Since he has been injured we have not won a game and you can really see how much we miss him in the middle of the park, let’s hope the owners are serious about pursuing his signature.

Ivan Toney will be a great signing for most teams in the Championship with 13 goals in 18 games so far this campaign for Peterborough, however, this has hit a massive rock in the road after The Peterborough ower stated that he wants atleast £13million for Toney if he was to leave in January.

Zlatan until the summer

Well, I mean I wouldn’t say no, but no point going into this one really is there unless he decides to take a massive pay cut to play for the mighty Addicks!