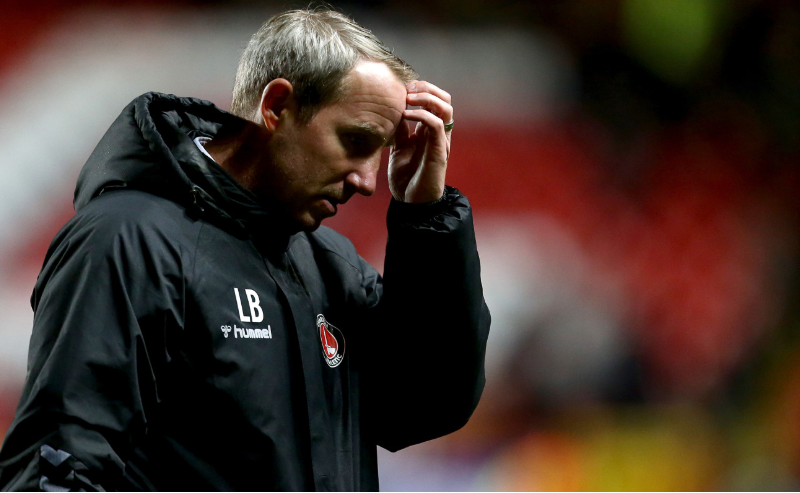 Charlton suffered a fourth straight defeat last night after conceding in the 92nd minute against Huddersfield Town in a 1-0 loss.

Matty Daly’s last minute winner put an end to the Terriers’ five game winless run, whilst the Addicks’ run extends to nine game without a win and sees us sit just six points above the relegation zone.

Here’s how I rate the Charlton players after last night’s performance:

Charlton’s number one had nothing to do in the first half thanks to Huddersfield’s attacks coming to nothing. Once they started to finally hit the target, Dillon got down well to pull off some good saves. This man is due a clean sheet. Man of the Match.

Had a fantastic first half where he was cutting out several attacks. Fell apart in the second as he kept getting beat too easily down the right side. Ultimately it was his mistake that cost us the game as his awful clearance went straight back to Hadergjonaj and he drove it into the box for their goal. Safe to say many Charlton fans want Matthews starting on Friday.

Again, a very quiet game from the centre half. Didn’t really see much of him or Tom last night.

He seemed like the only player that wanted to take the ball forward! He found himself roaming forward and making up ground and did spray a couple decent balls across the pitch, but he was a bit shaky at the back. He’s on a bad run at the moment, I think Deji should come in for him against Hull.

Another quiet and non-existent game from the left back. Passing was poor and got caught out a few times at the back. He needs a serious improvement because left back is a very weak position that needs strengthening in January.

Can’t knock his effort. He desperately tried to win the ball back and got forward well but you could see that he ran out of steam towards the end. Wouldn’t be surprised if he doesn’t start on Friday, he looked knackered.

I think that was the least effective I’ve seen Conor this season. Quite a poor game from the Chelsea loanee, but once again you can’t knock his effort as he was darting around the field trying to win the ball. He just didn’t have the quality that he usually shows.

I’ve been very impressed with Alfie this season. Even in pre-season I liked the look of him and he’s taken his chance brilliantly so far. Although yesterday I don’t think he got enough of the ball but when he did he looked promising. Let’s hope he keeps it going!

Yet another game where he didn’t get the service. Didn’t get hold of the ball as we kept losing it when it got to the midfield area. We need those creative midfielders like Williams and Cullen to return so they can feed the ball to Macca and let him do the rest.

Poor, ineffective, rubbish! That’s the best way I can describe his display! He’s getting worse every single week, cannot wait for Taylor to get back to full fitness so he can take his place up top with Macauley.

It’s great to see him back in that red shirt! Some more minutes in the bag for the striker and we looked a lot better when he came on. He certainly lifted the crowd when he stepped on that Valley turf for the first time since August.

Didn’t have much time on the field but you could see his inexperience.