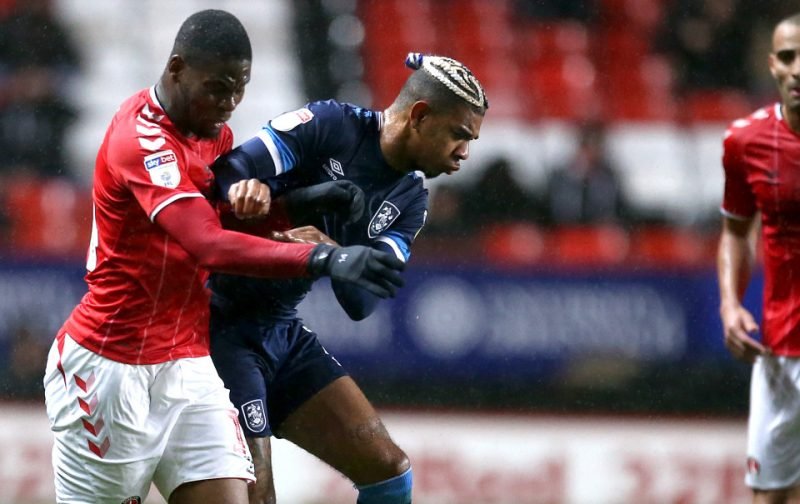 Charlton fell to another defeat in the dying minutes as a late Chris Solly mistake decides the game.

First five minutes were rather lively, Karlan Grant had his first shot at The Covered End for the opposition which thankfully went harmlessly wide.

Charlton had a decent chance with Jonathan Leko cutting into the box and trying to serve in and out of the defence, unfortunately, his cross went into the hands of Town keeper Kamil Grabara with no trouble at all.

Alife Doughty had an opportunity just before the tenth minute after Naby Sarr’s free-kick on the left-hand side was switch over to Chris Solly who managed to get a head on it which then found Alfie Doughty who had a good first touch on the ball but his shot was high and wide.

Charlton forced a corner on the 28th minute after a Chris Solly miskick found Jonathan Leko as he sprinted up the field and found Doughty on the wing, but he was dispossessed which earned Charlton the corner, however, it led to a Huddersfield counter-attack and got themselves a corner which led to nothing.

The rest of the first half was a very disappointing affair between the two.

In the second half, The Terriers had the first chance again as a Karlan Grant shot and first shot on target cannoned back off Dillon Phillips but was cleared in the end.

Josh Koroma had a good chance for Huddersfield as he made Dillon Phillips go full stretch to keep it out of his bottom left.

By the 65th minute, Charlton had finally woken up after a terrible performance for most of the game as Conor Gallagher had a blocked shot after Ben Purrington broke free and crossed and the ball came to Gallagher just outside of the box which got blocked.

The moment The Valley had all been waiting for, Lyle Taylor’s return at home as he replaced Jonathan Leko on the 68th minute, which changed the tempo of the game from the second he came on.

In the 83rd Gallagher and James Vennigs came together very well with some superb interplay which led to a Lyle Taylor goal only for it to get disallowed for offside.

In the dying minutes Matty Daly scored winner for Huddersfield after a Chris Solly mistake.

Another very disappointing performance from Charlton, the injuries need to come back as soon as possible otherwise we are going to need to get used to losing.