Charlton to face big problems at the end of the season 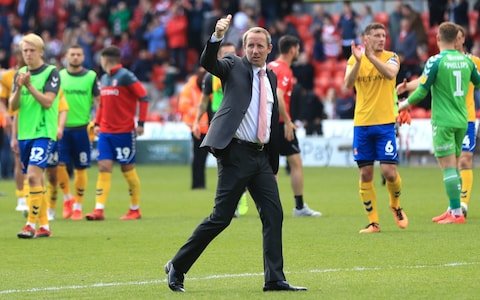 Well, we have our new signings here finally as Matt Smith and David Davis will be able to feature in our relegation crunch match against Stoke City at the Britannia Stadium tomorrow afternoon.

If we come back to south-east London with all three points it could take us seven points clear of the relegation zone if Wigan loses against Preston North End in the tomorrow’s early kick-off.

At least that is our immediate worry, however, we face bigger troubles once the season is up and with the uncertainty of us staying in the league this season or not, it makes this certain situation even harder to deal with.

By the summer we could lose 16 players, ten of them are out of contract and the other six are all loan players who will return to their respective clubs at the end of the 2019/20 Championship campaign.

“I think I go by what the previous owner was saying: ‘We have to see when we’re safe. We can’t really start giving out contracts, because we don’t know what league we’re in”

That does make a lot of sense, you really can’t argue with what Bowyer has said there. The only way we are going to speed things up is if the team performs well and we are getting there, we just beat Barnsley in a relegation six-pointer and now this one could take us even further away from the relegation zone.

There are sixteen games left to play this season so those crunch talks are getting very close but if we can guarantee our safety before the end of the season I would expect a few to sign on such as Lyle Taylor, Dillon Phillips and Tom Lockyer.

Who do you think will leave in the summer? Leave your comments!