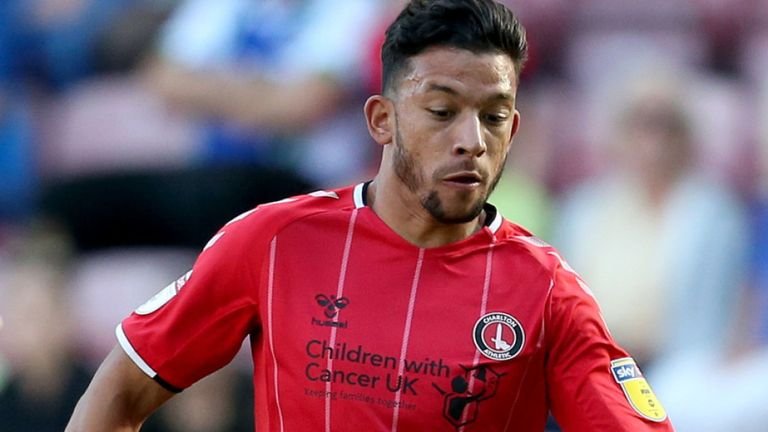 It’s not been easy for Macca to break into the first team at Charlton, however after his performance against Leeds yesterday has shown us all he is a not even a shadow of the player we saw against Forest Green.

His movement and hold up play was impeccable and so important to the way we wanted to play against the promotion favourites.

Bonne’s work-rate was fantastic he was certainly the best attacker on the pitch yesterday although the chances for The Reds were rare in this encounter after Leeds finished the game with 19 shots and 4 on target opposed to our 3 shots and 3 on target, I think he showed strength in other areas.

To top off his performance he got his first-ever Championship Charlton goal in his first start for The Addicks in the league, unfortunately he didn’t make it to the full 90 as he was subbed off for Sam Field after he picked up an injury which was later confirmed by Bowyer to be cramp.

“I said to him before the game just go and enjoy it. Do the things we’ve been working on with him. He’s improving all the time. We all know that he’s not the finished article at the moment but he’s improving every day. Today, I thought he was outstanding.

“His work rate. I said work hard and everything will fall into place. His work rate was unreal. He came off with cramp. I thought he competed for every ball. His hold up play was very good.

“As a striker’s performance, I thought he did himself proud for his debut, taking into account where he was last season. Against the best side in the league. I thought he was outstanding and should be proud of his performance.”

Agree with everything Bowyer has said here, what a performance that was from the Zimbabwean and I sure hope he will bring this performance into the rest of the season because if he keeps playing like that and improving then at one point even Lyle Taylor will have someone to compete with.

Now let’s get on to your reactions!

Who else has a bit of a spring in their step this morning? #cafc pic.twitter.com/JQ0as9Ka0J

No words to describe! A massive effort from all the lads. Thankyou to all the fans for their support & kind words! We continue….#CAFC pic.twitter.com/Zm9Xf8jIvM

I thought he was superb ran his socks off and really harried their centre backs . His hold up play was good and he bollocked leko a few times as well . Def earnt his place

MB: At one point in the summer I considered pushing for a loan, but I'm glad I stayed for days like today. Hopefully, I've shown the manager what I can do. #CAFC