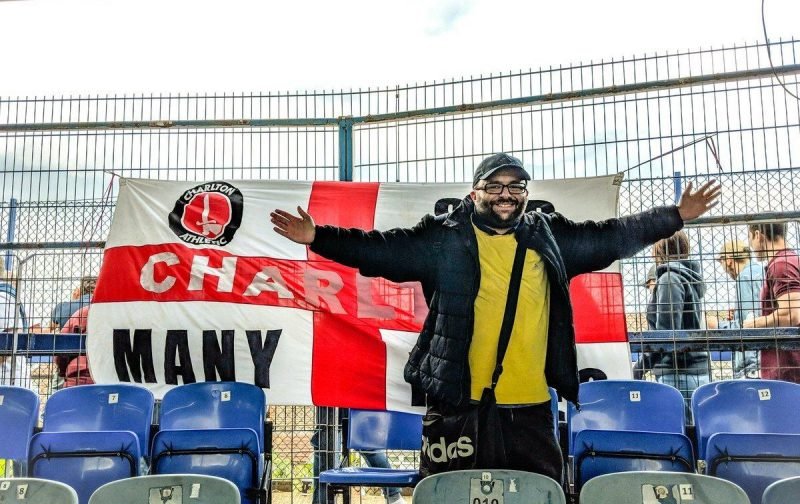 Such sad news to report and I honestly can’t believe I’m writing this but Charlton’s biggest fan Seb Lewis who had attended 1,078 Charlton games home and away friendlies, league games or any other type of game since the 90s has passed away due to the unforgiving and fearful coronavirus which has sadly taken the avid Charlton fan.

No one had the support for Charlton like Seb Lewis did and I hope more fans can carry on the legacy that he started, but to ask for the same amount of support that he had from someone else is asking a lot from anyone and his presence as Charlton will never be filled.

It’s such a shame to lose someone as important to the club as he was and in his memory, Charlton fans should come together and give his life and commitment to Charlton some real meaning and hopefully, we will see a memorial for this Charlton legend very soon.

I have already seen the #StayHomeForSeb movement and whilst I’m at my girlfriend’s house I, unfortunately, have nothing to hang out of my window in Sebs name as I am isolated here until it is safe to travel back from Charlton to Penge and with the way things are going now it’s no surprise my anxiety is through the roof with this situation.

I know he was respected at Charlton by many and his death will be felt by thousands, let’s just hope when the season comes back the first-team can deliver the performances Sir Seb loves to see and can move the future forward by staying up if that is something that can go ahead.