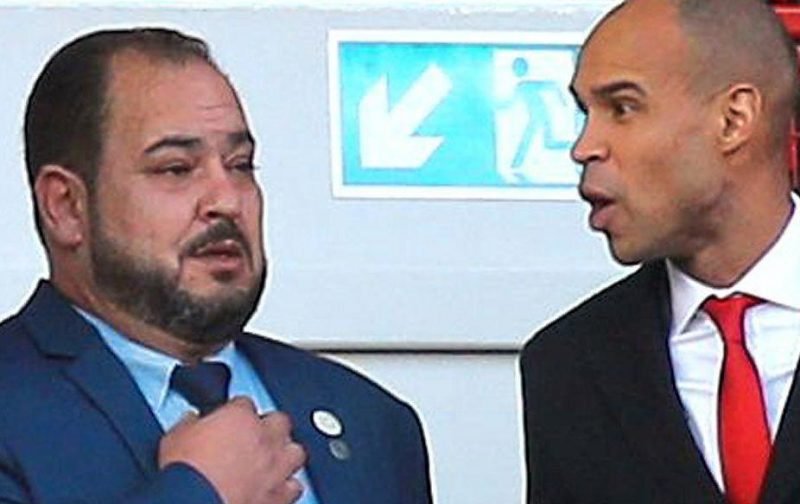 The events that have occurred at Charlton Athletic in the past couple weeks have been something like we have never seen before as Matt Southall and Tahnoon Nimer have gone head to head at Charlton which has resulted in Matt Southall being removed from his position of chairman at the club. Southall has now come out and responded to fans on Twitter and it has been interesting, to say the least.

The shamed former Chairman Southall has been replying to tweets today directed at him and some of them are just plain rude and unprofessional from him as was his work at Charlton whilst he was in charge. He has even put “Owner of CAFC” in his Twitter bio.

Embargo no my fault – TN failed to provide docs to EFL.
I can only take credit for 1 of the range rovers – have a look who has the others.
Stop boring me with questions about my salary and accommodation which was for all directors of the club.

Within the tweets he also states he was ‘unlawfully removed from the club’ which I highly doubt is true with all the lies he has spouted out as of late, especially in the first interview and the press conference we were all so impressed with at the time has now left a sour taste in all Charlton fans mouths.

Southall also says in the same tweet that Nimer is pretending he has money which is honestly something I have been fearing since all of this happened, when I saw that fake bookshelf which was literally a bit of wallpaper I had a few doubts in my mind, however right now I just want to believe that Nimer is the right man to take the club forward.

Southall’s tweet read: “The country is on lockdown and I’ve been unlawfully removed from the club, not much I can do. However, I have 3 groups of investors ready to go when TN stops pretending he has money and steps aside.”

All of this is very worrying and with the situation hitting a point like this I’m sure Charlton will pay in some way by The EFL, but with the way Southall is acting right now, I’m sure he has completely lost the plot.

It just looks to me like he is baiting Charlton fans and trying to cause unrest in the camp and put a real downer on Tahnoon claiming his loyalty to the promises he made which are yet to materialize, but with what’s going on in the world right now I’m sure it’s hard to react to those promises quickly due to the Coronavirus outbreak.

I just want all of this to sort itself out, but with Southall bringing the fans into this dispute with his tweets aimed at them it’s going to be a long while until all of this comes to its conclusion.