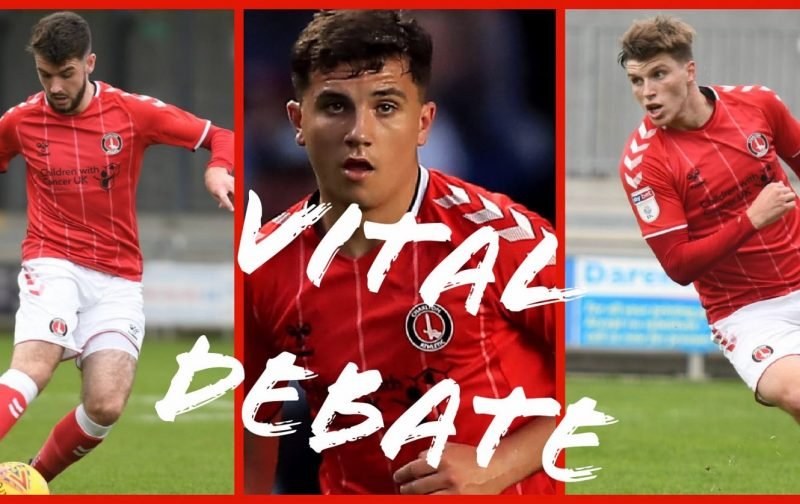 The news broke yesterday that Charlton Athletic manager Lee Bowyer is planning on sending at least one out on loan and considering two other options but needs to asses the squad situation first.

The one who will be going out on loan is Albie Morgan with his expected destination for the season to be Ebbsfleet United or possibly even Bromley FC. Ebbsfleet remains interested in securing the services of the recently turned 20-year-old after a short but successful loan spell with The Fleet.

Bromley could be another destination for Morgan as The Lilywhites are starting to feel a struggle after losing four games in a row and they might want to freshen things up with adding the young midfielder to their ranks for the season, their push for promotion may need to wait another year as they sit thirteen points off top spot.

With Josh Davison I think he could easily go out to a League One or League Two club, in fact he is even looking better than Tomer Hemed who once again put in a rather sub-par display when he came on against Barnsley on Saturday, replacing goalscorer Lyle Taylor and you could really see the dip in quality as The Tykes got a goal back.

Ben Dempsey probably does need to go to a National League side, if I’m honest I haven’t seen too much of him where he has only played four games and hasn’t really had that much of an impact, Bows must rate him to take him from the U23s to put him in the first-team during our injury crisis. Obviously there wasn’t much choice but to choose him out of all the other midfield talent that lies in the reserves, there’s got to be something about him that caught the gaffers eye, but we are still yet to see any comeback on that.

The fans had their say on this over on social media and here is what you all had to say!

Would keep Davison here until Aneke has proven his fitness. Looks a better option than Hemed atm

Dempsey can go out. I’d keep the other two though unless we have a recall option.

Completely get it just recall when necessary aye or make that an option in the loan contract. Simples .

Don't see why not. Assuming McGeady can play In the same role as Green. Then yeah. We have midfield cover now.

Need to sell Dempsey, he hasn’t got it.

Dempsey is like a co pilot he’s there but you don’t need him .. he’s just there to make up the numbers.

Both Morgan and Davison could hold their own in league 1 I think. Give them some decent experience. 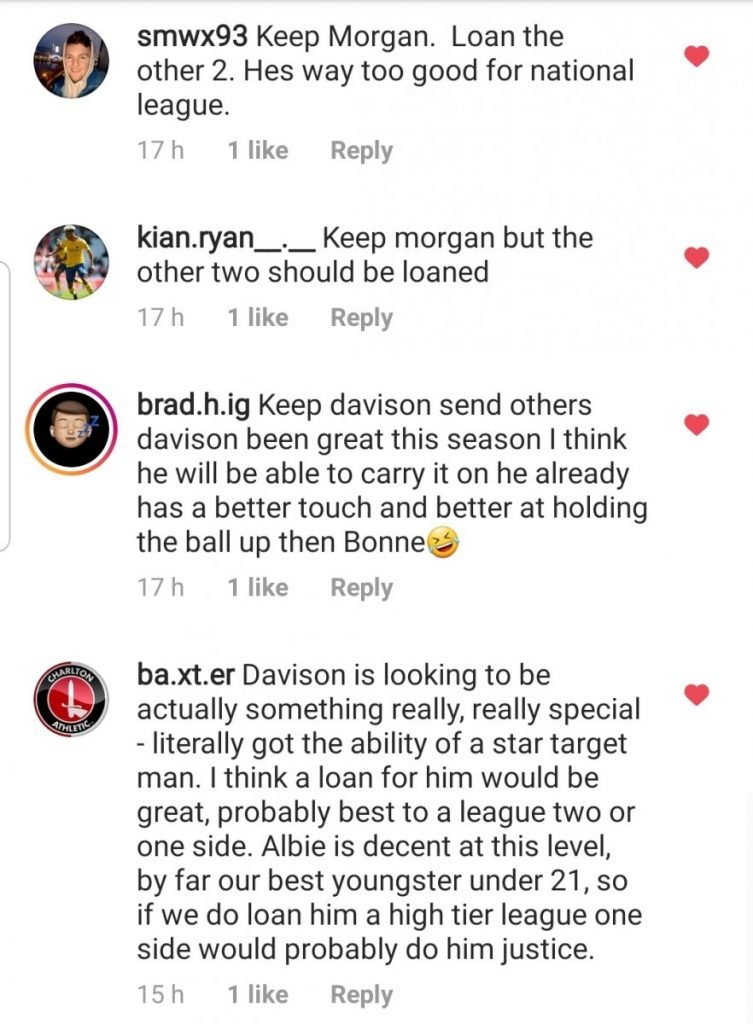 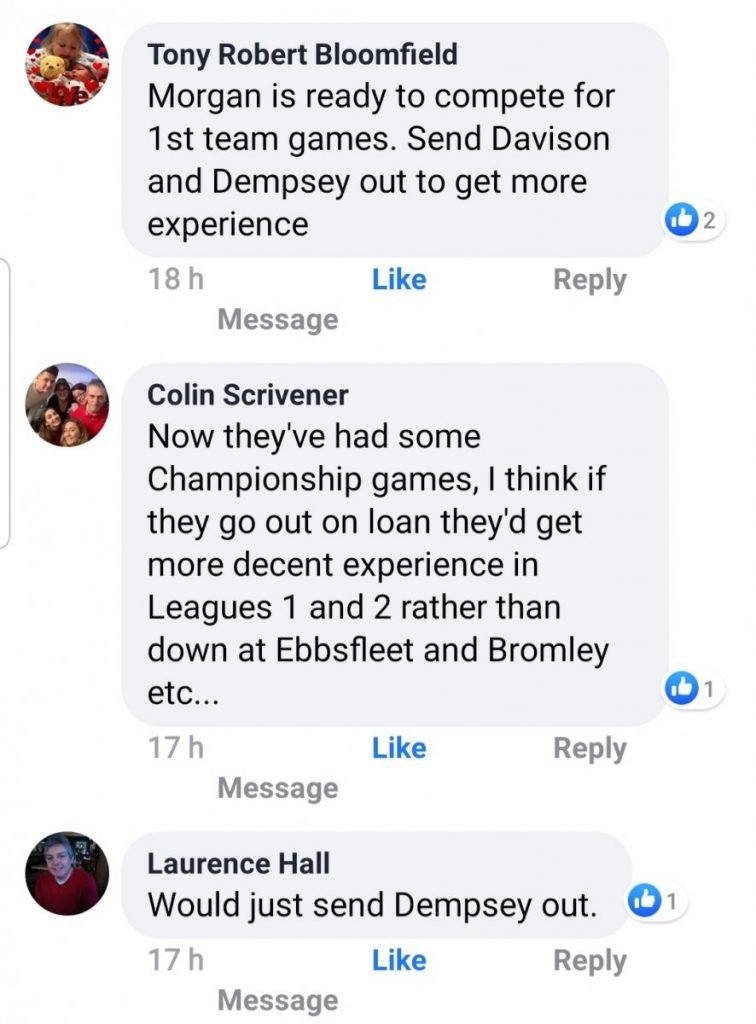 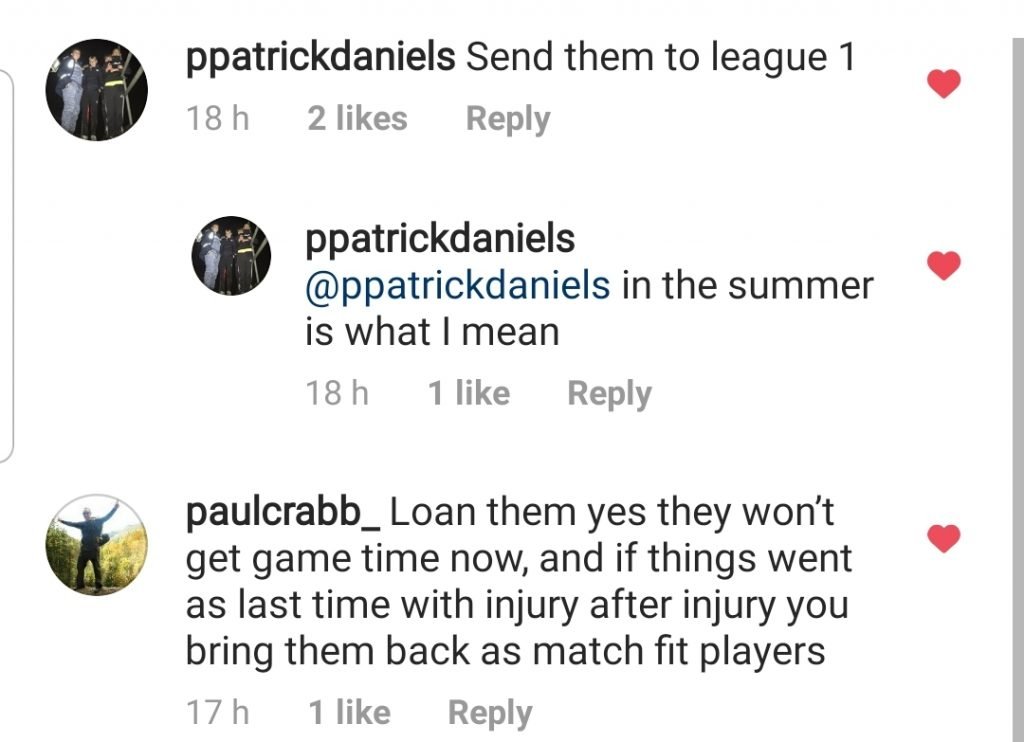 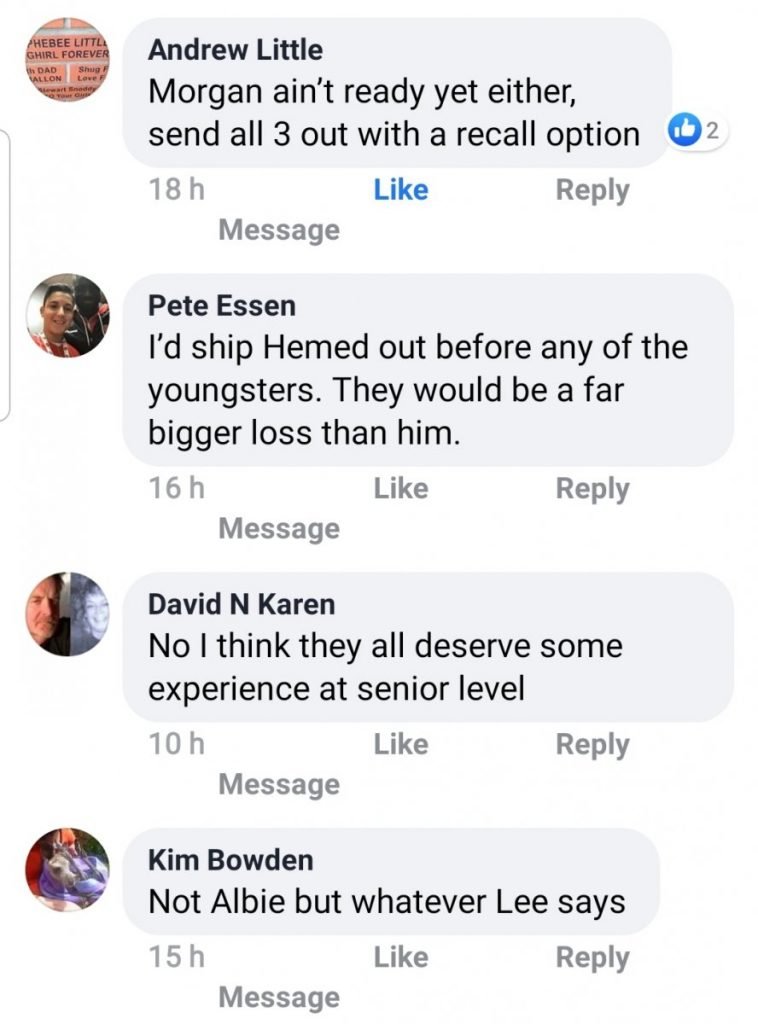