Vital Debate | Charlton fans over the moon with new signing 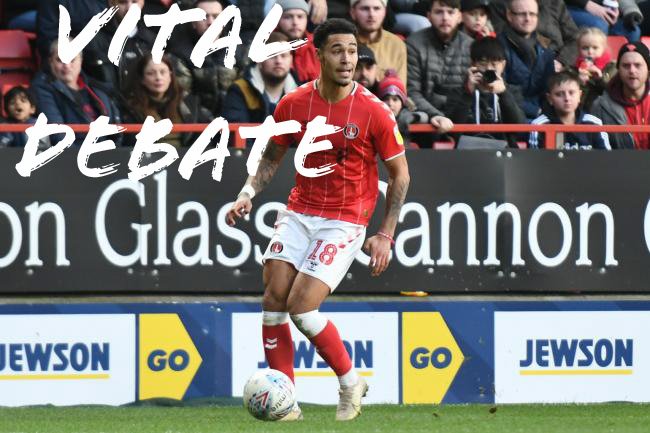 New loan signing Andre Green has slotted in well here at Charlton as he joins us for the rest of the season from Premier League side Aston Villa and he has already got off the mark after a disastrous loan spell at Preston North End where he appeared just four times over only 87 minutes for the Lilywhites in the first half of this season.

With the way he has been performing in an Addicks shirt as of late, he has certainly been impressing the Charlton fans with his quick movement and hunger to get the ball into the box whilst also adding a couple of goals to his tally.

I’m surprised he has been as good as he is if Alex Neil didn’t give him a proper chance in his Preston side, but with us just looking to stay up, having a player like Green is a luxury for us, but more of a rotation for Preston with the position they are in right now.

Thankfully for Andre, he scored his first Charlton goal against Preston, but unfortunately for us we ran out 2-1 losers in the away fixture.

I think he has been great for us so far and he is genuinely one of the most exciting players on the pitch, I always think something is going to happen when he is on the ball especially against Barnsley. Get the cheque book out Matt Southall this is another loan hero we want on a permanent!

I know it’s only been four games, but so far he is definitely better than Jonathan Leko in my eyes and if we can bring this guy in, in the summer it would be seen as a great piece of business by Charlton.

The fans had their say on Twitter over how they feel Green is progressing at Charlton and here is what you all had to say!

He’s looked good for us thus far, been impressed. If he can keep it up then I’d take him permanently.👍🏼

I like him a lot and would love it if signed him permanently. Hopefully @MattSouthall84 will get access to his excellency’s wallet in the summer

LOve to keep him.