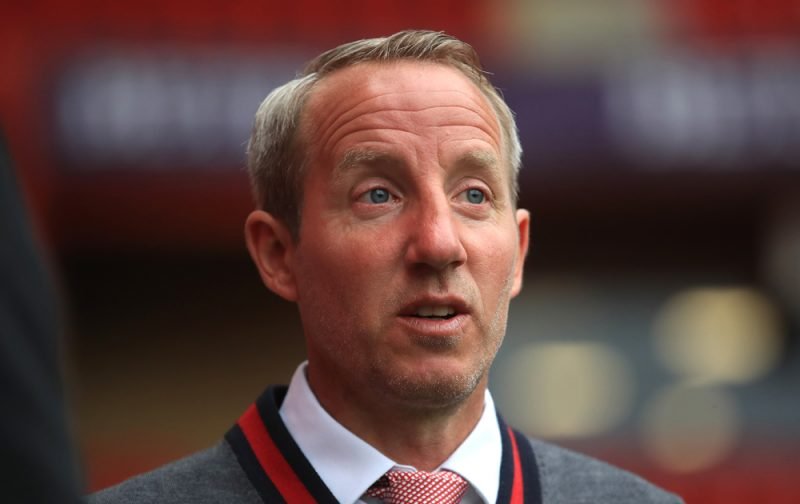 Charlton manager Lee Bowyer has been ever-present on the Coronavirus situation as he tries to tell the EFL that relegating  The Addicks would be scandalous after falling into the bottom three for the first time this season after the possible final game of the season.

However, on this occasion, Lee Bowyer has spoken about the return to training which is coming up on the 25th of May for a separated training session, not exactly sure how that will work but if anyone saw the Bundesliga’s yesterday they truly have a deluded idea of how to go about this.

So naturally, some players will withdraw from this duty as they would want to protect their families and Charlton also have a few players like that right now, some of them also have kids on the way and it is nowhere near safe for them to turn up to training and coming back to their families those two players in question are George Lapslie and Jason Pearce and if they don’t turn up to training I do respect and understand their decision 100%.

“People are going to get injured, teams with bigger squads will benefit. But if the EFL say that is what we have to do to finish the season, it is what it is.

“I will tell the EFL and the League Managers Association it would be scandalous if they try to relegate us on our current position.

“We drew against Hull on December 13 they scored in injury time and they had injuries when we were due to play them in the first game that was canceled on March 14.

“I would have fancied us to win, which would have taken us out of the drop zone.

“We’ve only been there a matter of days before the cancellations. If they called it days before, it would have
been Middlesbrough in the bottom three.

“So if things had stopped a week earlier or a week later, we would be safe. Everyone keeps talking about
integrity. So if you have not played the number of games you signed up to play at the start of the season, you
should not be relegated. That would be scandalous.”

“I will be asking who is coming back and who is not, some will have reasons for not wanting to.

“Some might say they do not want to risk it because of the risk to their families. It is not as straightforward as some seem to think.

“I do think the players will come through. Near enough all will say yes. But there might be two or three
who say they cannot.”

The next couple of weeks will be interesting to see if the EFL allow players to go back to training as I do feel another delay is on the horizon after another 468 people died due to COVID-19 taking the total death toll to 34,466 including Charlton legend Seb Lewis.

The number of people passing away from this awful virus is not slowing down quick enough to send the players back to training so I think the best thing to do would be cancel the season and think of a fair way to end it that will benefit all clubs as much as possible, there will be winner and losers lets just hope we are part of the winners when all of this is resolved.