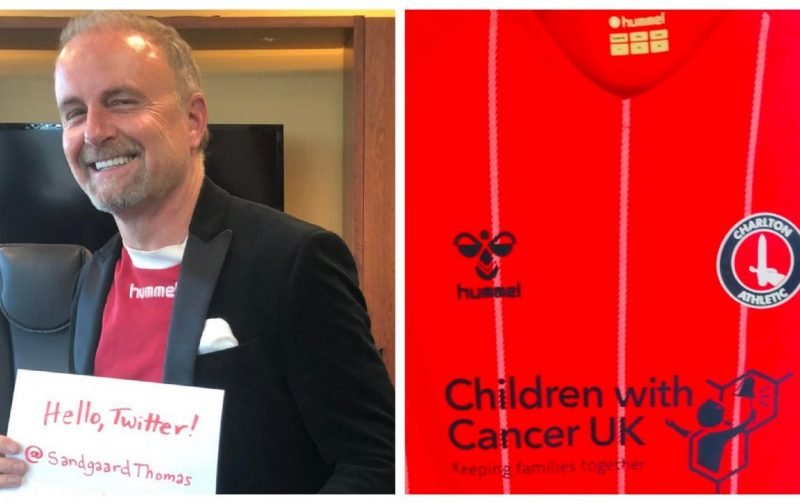 Thomas Sandgaard has been coming across to the fans so well recently since it’s come out that he is interested in buying the club, he has interacted with them and is starting to become part of the Charlton family before he’s even got here!

I sure hope that he’s genuine and I’m only saying that because of ESI and Roland Duchatelet’s antics, if it was not for them I guess we would be less skeptical about the way he’s just come out of nowhere with this legit business profile and he’s even listed on NASDAQ which provides a lot more certainty over our future than what it was with the last two sets of owners.

Yesterday Thomas Sandgaard revealed he now has a Charlton jersey in his possession and he plans to wear it when the takeover is complete but that could not be far away as he says he is waiting on everything to be official.

Waiting to put this on until it is official. I’m working on it and look forward to wearing it. pic.twitter.com/uBshigNmUU

Normally when people are waiting on things to be ‘official’ it means that whatever they are waiting for is not far away and all of us Charlton fans are constantly refreshing Twitter at the moment to get any information on what is going on and Sandgaard dropped a hint of how quickly the deal for Charlton could be wrapped up.

Sandgaard is attempting to get everything in one go but he has described himself as ‘flexible’ on the situation with ESI and Roland.

In the final hours of last night, Richard Cawley also got in on the act and said that it’s looking likely that the deal is just for the club for now but the Danishman hasn’t said he won’t buy The Valley or the training ground in the future but there is a 5-year deal to get the fee of around £50million to be paid to Duchatelet, that was put in place by ESI.

It's looking likely that Thomas Sandgaard's deal will just be for Charlton Athletic.

If he does get an agreement with ESI then it looks like the same rental agreement will be in place with Roland Duchatelet for The Valley and training ground.

I also don't think you can discount Duchatelet being prepared to stretch the length of his lease.

With the rent being £200k a year it might be better option for us to just pay that for now, but obviously the long term plans are to secure both sites.

All this information being released must mean that it can’t be far off, but as us Charlton fans know, nothing ever runs smoothly for us.