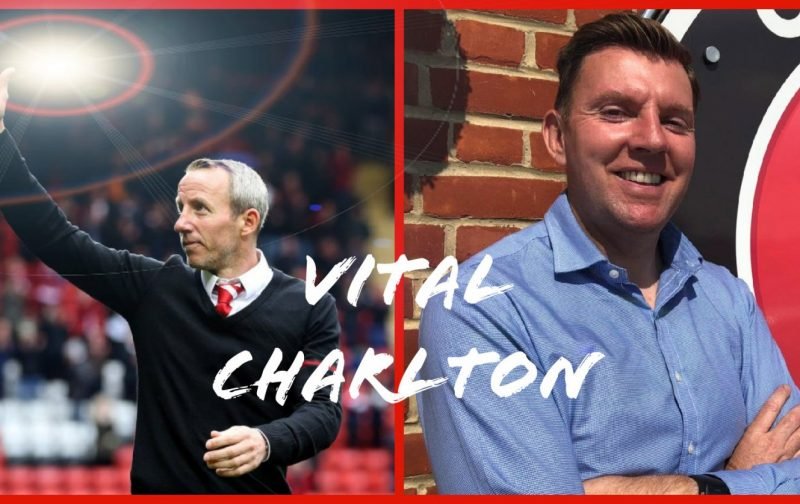 In the summer we had the biggest scare of recent times at Charlton as owner Roland Duchatelet supposedly couldn’t reach an agreement with promotion-winning manager Lee Bowyer, which naturally led to the uproar from supporters after such a ludicrous decision was “confirmed”.

Fortunately, none of this was true despite a statement going up on the club website in one of the most farcical situations at Charlton during the Duchatelet era and the entire club’s history.

Since then things behind the scenes have been a lot better if you compare it to the last five years and Charlton look like a team on the up under Bowyer’s guidance, the promotion of Steve Gallen to Director is also a sign that things are getting better at The Valley.

Steve Gallen spoke with Charlton Athletic Supporters Trust and here is what he had to say regarding Lee Bowyer and Roland Duchatelet:

Roland is aware of this and he is no fool. But he feels that potential buyers might stall if they want to bring in their own people and see that it will cost them a lot to get the current team out. But I agree with the fans that Lee must be given a longer contract. We need to stop planning window to window and start thinking longer term.

Being a Director has helped me as an influencer within the club and I think Roland is beginning to trust me on a lot of things. For example, if I said in the summer that I wanted to buy a certain player, it pretty much got done whereas when I first arrived two and a half years ago it didn’t.

We cannot have the situation of last summer again with all the confusion about whether Lee had left or not. There was probably some cat and mouse going on between Lee and Roland calling each other’s bluff but Lee was very calm about it.

I know that we already know Lee wants to stay but I think I speak for everyone in saying that it’s always nice to hear that he wants to stay at Charlton, he has been our hero of recent times and he needs to be put on a long-term contract as soon as possible as his stock in management will be rising day by day.

With Roland I still feel that he needs to leave the club, I know recently he has literally been at his best and compared to other owners it seems as though he hasn’t done much which is true, but also not strictly true either if you look at how he was a few years ago to now and you notice there has been a change in Roland’s approach, however, he still needs to go he is not willing to invest enough money to take Charlton back to the top and right now that’s what we need.

It’s good to know that there is an increasing amount of trust with the owner and the staff which could make money available to Gallen and Bowyer, but that’s just wishful thinking.