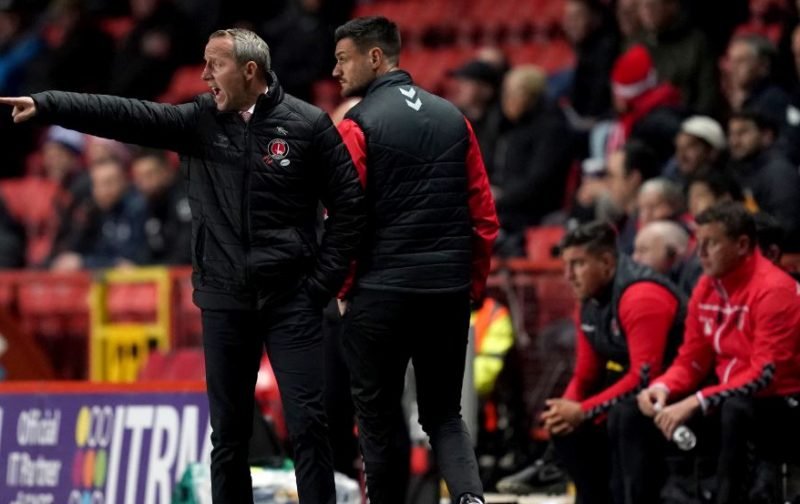 Charlton suffered midweek woes as they suffered their third loss of the season to Swansea City, with Steve Cooper’s side winning the game 2-1 and sending them to the top of the Championship.

Jonathan Leko’s early strike gave the hosts the lead, but goals from Yan Dhanda and Andre Ayew sent the Swans back to Wales with all three points.

Here’s how I rate the Charlton squad after yesterday’s game:

A rather uneventful game for Charlton’s number one. He wasn’t at fault for the two goals, but his kicking is still very weak. He must improve this over the next couple of weeks.

Made his debut after signing for the Addicks back in September and the Welshman was flawless. Put the ball in the box for Leko’s goal, got forward really well and made some crunching challenges. I’m looking forward to seeing more from him this season. Adam gets my Man Of The Match.

A solid display from the Wales international. For a centre back he is fantastic in possession and he drove the ball well. Made some good tackles and had an all-round good game.

Came in for Naby Sarr at the back and showed us exactly why he should be starting games. Despite not training regularly this week according to Bowyer, he put in a great shift. Hopefully, he’ll be starting against Fulham on Saturday.

He may be carrying a slight calf strain but you couldn’t tell that last night. A relatively decent performance from Ben. He got forward quite well and got some inviting crosses into the box. I’m still not too sure how long he’ll last with that niggle, let’s hope Bowyer is keeping a close eye on that.

Replaced Darren Pratley in defensive midfield and it was a very good performance from the West Brom loanee. Made some brilliant tackles, spread some passes all over the pitch and soldiered on after suffering a head injury early on. Best performance in a Charlton shirt so far.

Another solid display from the Irishman. Got stuck in with some good challenges and his passing was on point. He hasn’t put a foot wrong so far this season.

Every week this boy impresses me! Yet another outstanding performance from the 19-year-old. He didn’t stop running and was causing havoc for the Swansea players. He was spraying passes all over the field and never stopped working hard. Undoubtedly our best player so far this season.

I still want to see more from the ‘Turkish Messi’ this season. I know he’s capable of magic, but I just haven’t seen it from him since his debut against Nottingham Forest. He did have a decent game last night as he made some good passes and was gliding past defenders with his pace. I want to see him get more game time this year because I know he can be a threat.

He wasn’t as good as he was against Leeds but he still put in a solid shift. He didn’t stop working hard to win the ball and I say we should wing it, give him more game time and see how he gets on.

If I’m being completely honest, his goal is the only thing that’s boosted his rating. He scored a great goal in the second minute and used some trickery and pace to make something happen. Other than that it was an average performance from Jonathan and I want to see some improvement from him.

Was subbed on with Williams after Swansea’s second goal. Despite winning everything in the air, he didn’t do anything else. I want to see a big improvement from him, so I say we stick with Bonne up top for the time being.

It was his first appearance in the Championship since the opening day against Blackburn and he did alright. You could see his determination and effort when he was on the ball. Tried to swing crosses into the box only for them to be blocked, but it was a fairly decent display from the number eight.