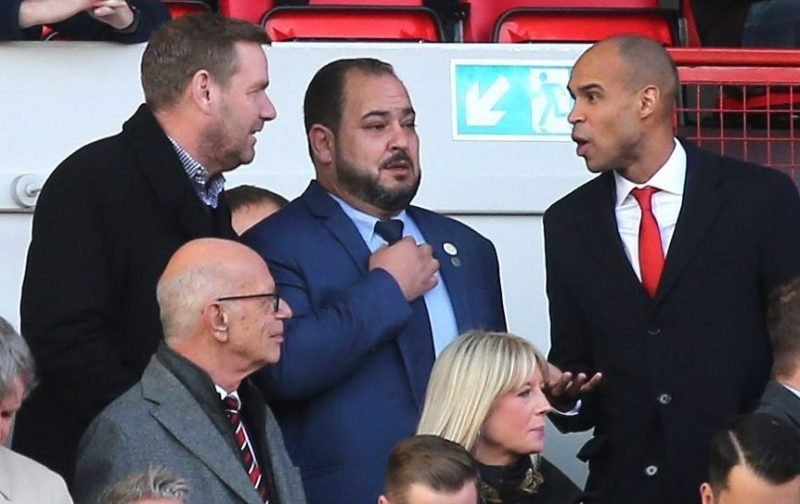 It’s been crazy the last week or so with Tahnoon Nimer and Matt Southall having a major fallout in the boardroom, but now Matt Southall and Jonathan Heller have been “removed” from the board of directors as His Excellency has appointed his own members of the board.

The one that was merely expected was Claudiu Florica who was pictured in an Instagram post by Nimer when he came over to visit Charlton for the first time, also in that particular picture, someone called Jacca Van Seventer is on the far right, however, if he has any involvement in the club remains to be seen. 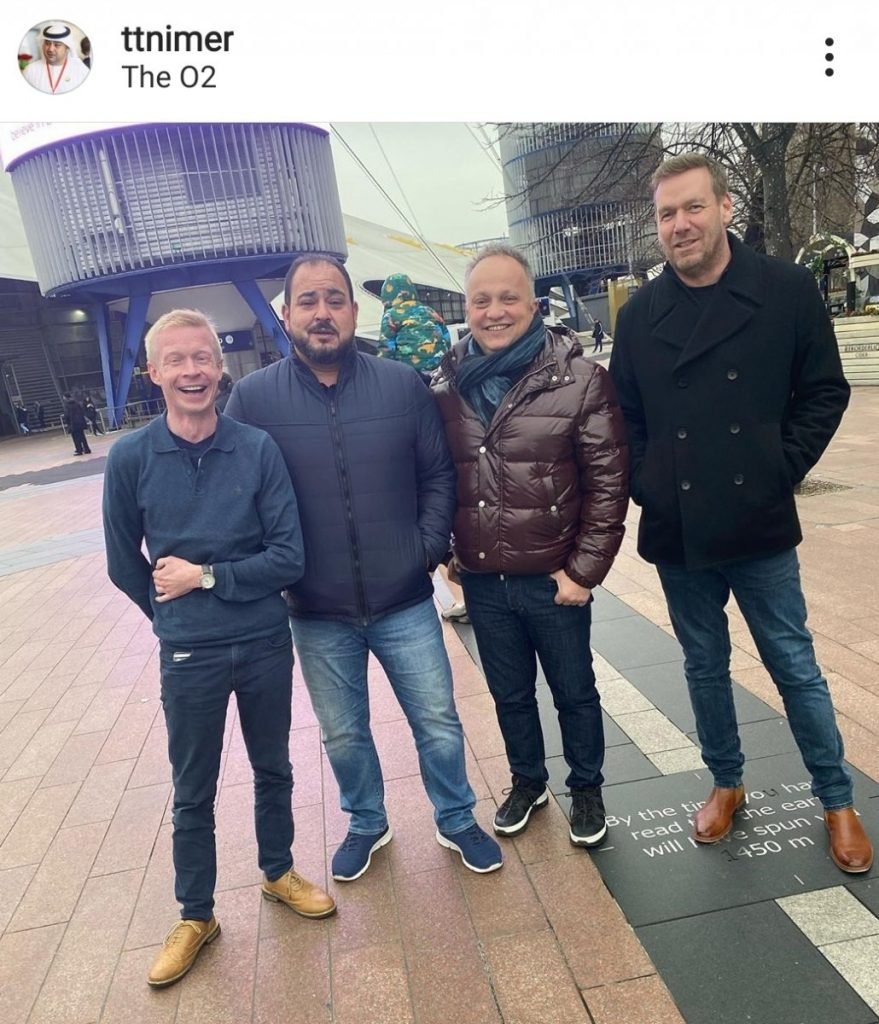 The other name who has been mentioned today is Mariam Mihail, he is a Romanian football manager who has managed a grand total of 13 teams from 1996 to 2018 in a range of countries such as Syria, Kuwait, Romania and Vietnam none of which have any ounce of English football in them.

I’m still worried about the future of the club, does H.E really have the money required to complete the takeover? So far I don’t think he has even proved to the fans that he actually has the money except for the party in the O2 he hosted for the clubs players, management and staff, however, there are a few notes to take from that particular meeting. Matt Southall is not there, but Claudiu Florica is.

Maybe this feud started when Tahnoon came over to The Valley but none of it was made public knowledge until Southall claimed that Nimer had pulled his backing from the club.

I mean I can definitely see if Southall got slaty over not being invited I mean just look at the smile on Bowyer’s face, never seen anything like it must have been a great night! 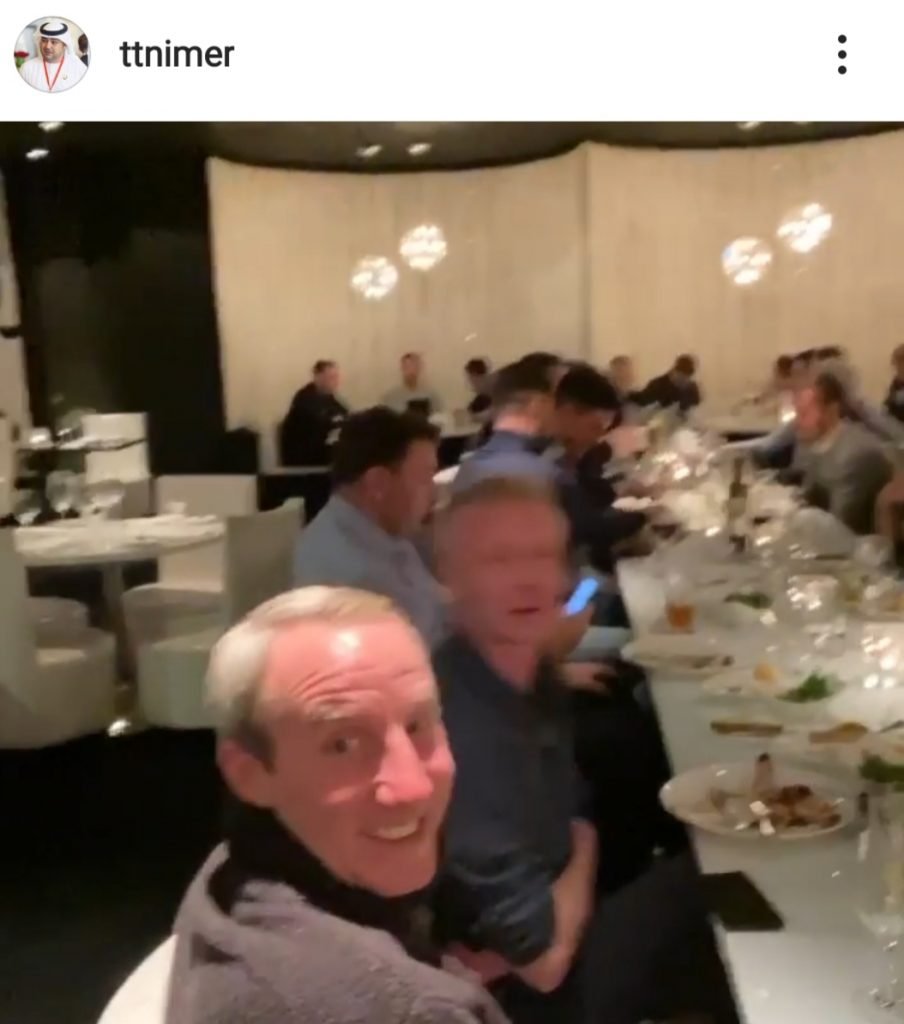 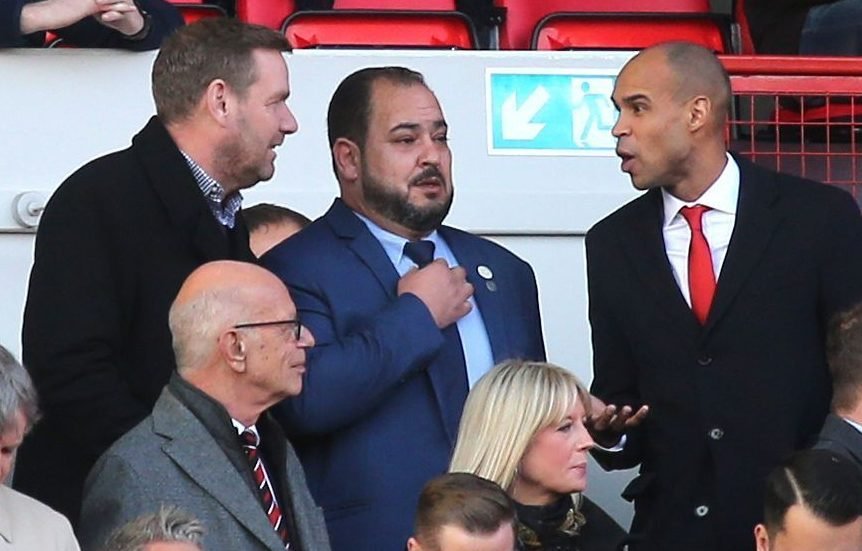 Did things start to get heated at the Barnsley game? 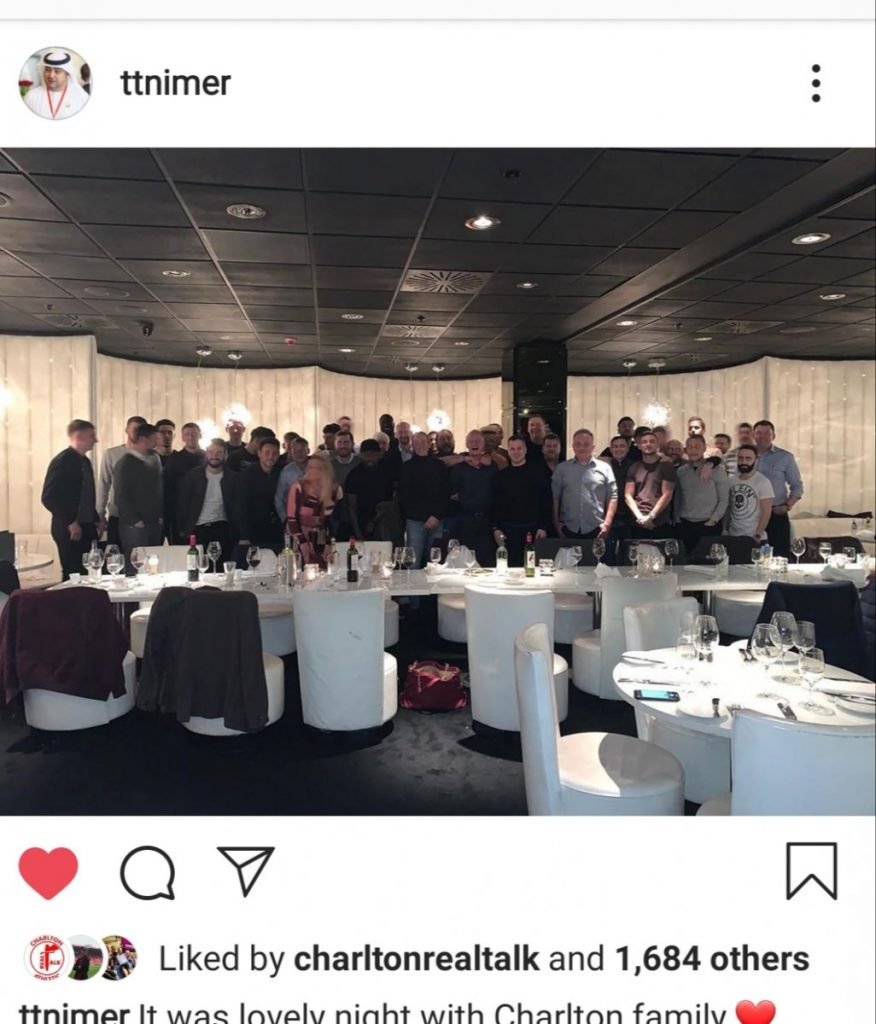 Moving swiftly on from the Southall Nimer feud His Excellency has also stated that he will try and lift the transfer embargo placed on Charlton as he is yet to provide a source of funds and proof of funds to The EFL, which is crazy, how have they let him take over Charlton but he hasn’t had actual EFL approval.

None of this has made me calmer, however, I feel that this could be a move in the right direction, I mean at least Southall’s gone, now we must search for a CEO who will be able to take this club, forward! Peter Varney, please?