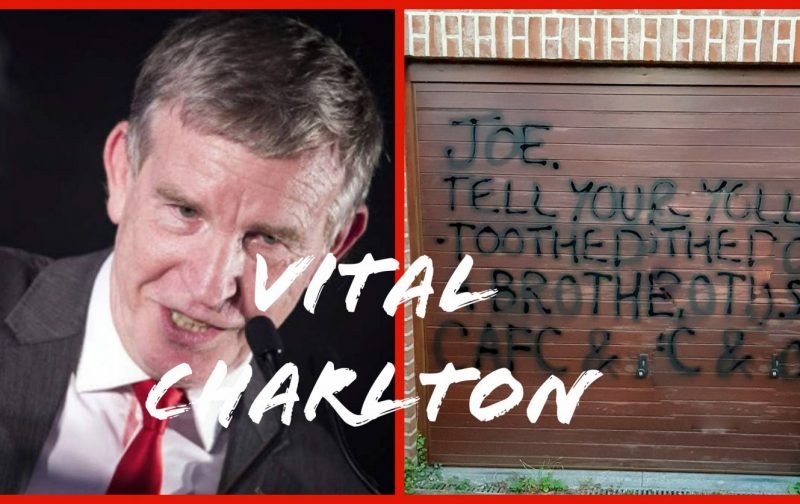 Hugely unpopular owner Roland Duchatelet has once again had some of his possible properties vandalised after news broke that Mehmet Dalman has ‘walked away’ from the takeover talks after Roland raised his asking price from £30million to £50 million despite stating that he won’t raise the asking price if we get promoted.

The newest place to be vandalised looks like a garage that has been sprayed painted with things we can’t exactly say on here, but it seems to be directed at someone called Joe who is supposedly Roland’s brother basically telling him to tell his deluded brother to sell CAFC and go away to put it politely whilst also commenting on his oral hygiene. I would normally place the tweet below, but unfortunately due to restrictions that are not happening.

The thing is with stuff like this it has a knock-on effect, now I’m not saying we should all be nice to Roland because trust me that’s the last thing I want to do after all he has put us through. However, doing things like this will anger him and we know what a bitter person he is, he will use this against all of us. How he will do it remains to be seen, but I don’t think a takeover will be done anytime soon.

The rumours circulating around Twitter saying that the takeover was going to be completed on the 1st of July were nothing more than an empty statement, to be honest it was expected because I believe that Roland has no intentions to sell. If he really wanted to sell he would have taken one of the first offers that came the way he claims he is desperate to sell, but people who are desperate in any situation want to get out of it as soon as they can, but with him it’s different.

I think that he wants to run Charlton into the ground and sell off the land to build houses and apartments and then he becomes even richer. This year we have been listed an Asset of Community Value which means the ground will be protected for at least the next five years so that won’t be happening anytime soon.

Even if Roland did want to do exactly that we as Charlton fans know he will never get away with it.