Misery For Addicks As Resilient Rovers Take It To Penalties 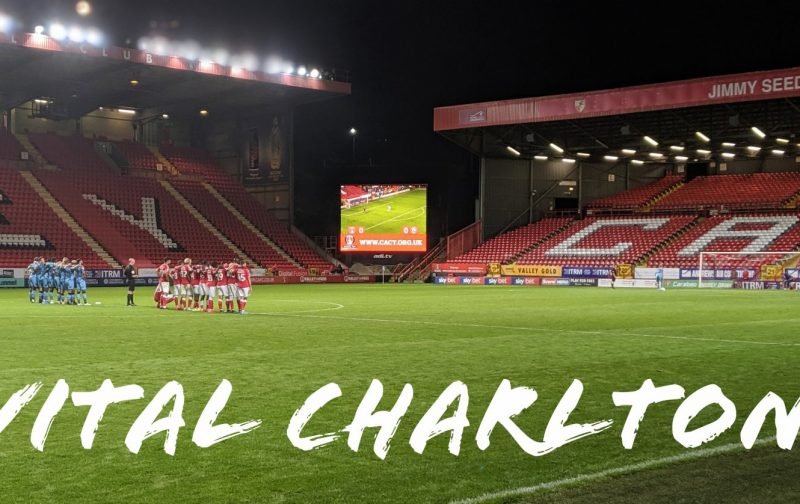 After two quite uneventful halves, Forest Green Rovers held out to take it to penalties and after Albie Morgan missed, the visitors had all they needed to knock the Addicks out of the Carabao Cup again.

The opening 15 minutes showed Rovers controlling possession with Charlton making a number of defensive mistakes which led to nothing.

In the 7th minute, a dangerous ball came in across goal, but Wiredu put it behind for a corner which led nowhere.

Rovers then received two dangerous free-kicks in quick succession with the first leading to the first shot of the game from Rovers player, Ebou Adams, but he sent it high over the bar. The latter of the two led to another free-kick near the corner which resulted in a handball in Charlton’s favour.

Luck seemed to turn Charlton’s way at the start of the 20th minute with our first time testing the keeper coming from a George Lapslie cross into Chuks Aneke who headed it down into goalie, Joe Wollacott.

Another good opportunity with a lobbed pass that came in from Alfie Doughty to Macauley Bonne who was at full stretch but could only send it wide.

An amazing save a few minutes later from Wollacott who stopped a forceful shot from captain Naby Sarr and the ball went out to Sam Field who had a crack but was blocked by a Forest defender and went out for a corner.

In the 33rd minute, Macauley Bonne sent a good shot Forest’s way, but Wollacott made a good dive and was well held.

A good move from Forest Green in the 40th minute saw a dangerous cross from Mondal and a good block by Sam Field to put it out for a corner, which came up empty.

Charlton seemed to control possession by the end of the first half, but still goalless. It was a rather dull first 45 minutes, but both teams showed promise and it looked like it could have gone either way.

Charlton started the second half well with a grounded pass into the danger area from Alfie Doughty which deflected into the keeper.

Charlton were enjoying much of the ball and an amazing cross came in from Jake Forster-Caskey, Chuks Aneke tried to get the ball but it was deflected over the bar for a corner. The ball from was sent in and Deji Oshilaja, with an open header, sent the ball into the stands.

Frustration was clearly getting to the Addicks and along came a yellow card for Aneke in the 57th minute for a lazy tackle.

The Rovers had a good spell and Ben Amos was forced to come out to make a sliding tackle after a good through ball put Rovers through on goal in the 60th minute.

Charlton started to press higher in the last 30 minutes and Sam Field made an amazing tackle in the final third to send a ball to George Lapslie who put tried to play it into the middle, but it went out of play.

Chuks Aneke was replaced by Junior Quitirna in the 61st minute most likely to rest Chuks before the big game against Barnsley on Saturday.

Macauley Bonne had a big chance to get on the scoresheet in the 65th minute after beating a defender to make it one on one with Wollacott, but the keeper pulled through to stop the shot.

Naby made a good run into the penalty area and was brought down by a defender and the referee whistled for a pen in the 67th minute. Forster-Caskey stepped up, but Wollacott guessed the right way and with safe hands, he sent the Forest Green fans crazy.

Desperate for a goal, George Lapslie took a shot from distance but was easily blocked by the defender.

Forest Green were controlling the game for a while and after a clever ball sent to Rovers striker, Ben Amos made a good save to stop the visitors running away in celebration. Shortly after, they were given three corners in quick succession which were all well defended by the Addicks.

An Albie Morgan pass was sent to Brendan Wiredu who was offside in the 78th minute but looked promising for the Addicks and after keeping possession for a while, Deji oshilaja shoots wide from distance with what was just a poor shot.

Rovers players seemed to want to run down the clock and Dom Bernard was booked for manhandling the ball in the 86th minute in an attempt to slow down the game.

Shortly after, a shot from Forest Green, just outside the box was sent just over for a goal kick. It left Charlton fans clearly distressed. It wasn’t helped when there were more penalty shouts from Charlton as the Forest keeper seemed to foul Wilberforce Ocran in the penalty area after he closed down Wollacott in possession.

There was a late push from the Addicks and they kept a lot of possession in the final third, but nothing came of it and it went to penalties.

Joseph Mills stepped up for the first penalty and scored for Forest Green. Bonne replied with a good penalty where Wollacott guessed the right way, but couldn’t stop it going in.

Ben Amos got a good touch to Dayle Grubb’s penalty, but Grubb got luckier and it bounced in. Naby stepped up to equalise the penalties and stayed cool and sent the keeper the wrong way and scored.

Albie Morgan missed his penalty and although Deji Oshilaja did his best to keep us in the shootout, we just couldn’t do it.

Charlton have been knocked out of the Carabao Cup in the first round again, only this time we looked a stronger side and had a few more experienced players on the pitch, but we just struggled in the end. I think most fans will feel disappointed with that result after paying quite high prices for a cup match. All we can hope now is that we go out and perform against Barnsley and keep our unbeaten run in the Championship going.