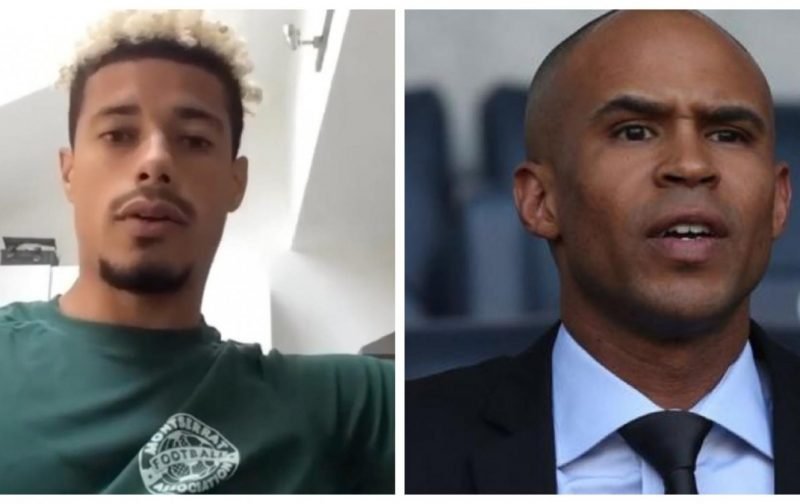 Recently Lyle Taylor has been going to a lot of sports podcasts such as TheConv3rsation and now The Beautiful Game Podcast to share his views on Charlton’s villain ex-chairman Matt Southall.

Taylor has once again not held back on Southall as he has called him a ‘Fraud’ and he has also stated that he has spoken to people who have had past business dealings with Southall and he is dodgy, to say the least and I still can’t believe even with a reputation like what Southall has got in business before he came to Charlton, I’m quite surprised that a Charlton forward found out more about him than what the governing bodies of football did, well it’s either they are too incompetent to spot a fraud or they just let anyone run a football club these days and after the owners, we have had I’m starting to think it’s the latter.

Taylor was also asked whether he was a pawn to boost Southall popularity amongst Charlton fans, he exploded on the ex-chairman

“(When he came into the club) I had his number, I already knew. I knew everything about him because I spoke to plenty of people. Plenty of people have got enough to say about him.

“That’s people who know him personally and that’s people that have had business dealings with him. I know him, I know who he is, I know his character.

Listen to what the Charlton striker had to say here

Blimey. Lyle Taylor did not hold back on @Podcast_TBG this evening when asked for his views on Matt Southall. The Addicks striker describes the former chairman as a “fraud” #cafc pic.twitter.com/9t1WOaRywb

The sooner we get all this behind us the better, Taylor has received a lot of abuse from fans in the last half a year or so and now you can tell it’s Southall who was the problem all along, but seriously what a man for sticking with us in these terrible times, if he does leave which seems inevitable now thank you for everything you have done for this club!