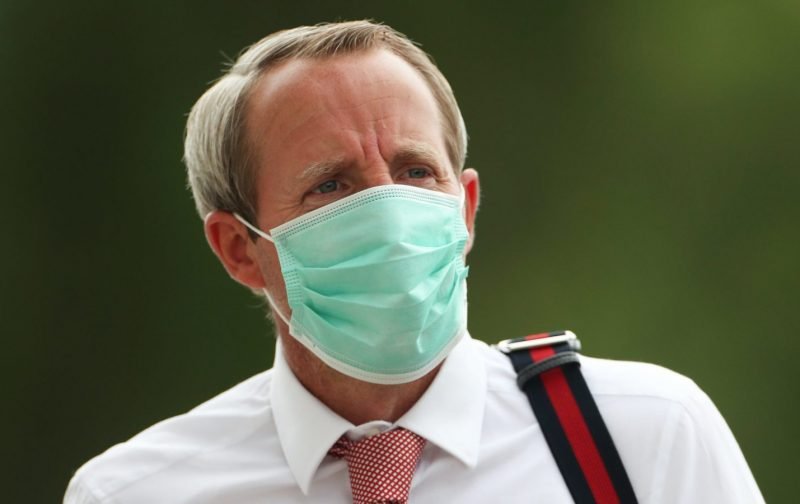 Lee Bowyer is the man who keeps everyone in line and motivated and to think that he would’nt have been able to manage Charlton due to Coronavirus would have been a tough blow to take as Bowyer himself feared that, that would happen before the relegation battle up at Hull City as he had tested positive for a high temperature before the game.

Luckily it was all down to the hot weather and I’m sure we are all feeling the same after today’s heatwave and I’m sure Bowyer was just as relieved to find that out as we would be if we knew about this last week.

Bowyer tested for a high temperature before arriving at The KCOM Stadium and was told he would need to be retested to enter the ground, but thankfully it was all a false alarm, but you can just imagine the panic amongst supporters if Bowyer didn’t turn up on the sidelines, most people would have thought ESI had turned us over again!

“When I was driving up to the ground they take your temperature and because it was a hot day and I had a jumper on, the lady from St John’s Ambulance said your temperature is a bit warm, you are going to have to be retested.

“So then I had to park up, take my jumper off, stand in the breeze for five minutes and then I was alright! It was just a hot day!”

I’m happy this has just come out now and not before the game as the nerves would be struck to think that Bowyer wouldn’t be in attendance, his leadership to the lads is extremely vital.

I’m sure there will be more scares like this in the next eight games, things are heating up in the world and in The Championship as Charlton look to secure their second-tier status.