Is Josh Cullen set to return to West Ham in January? 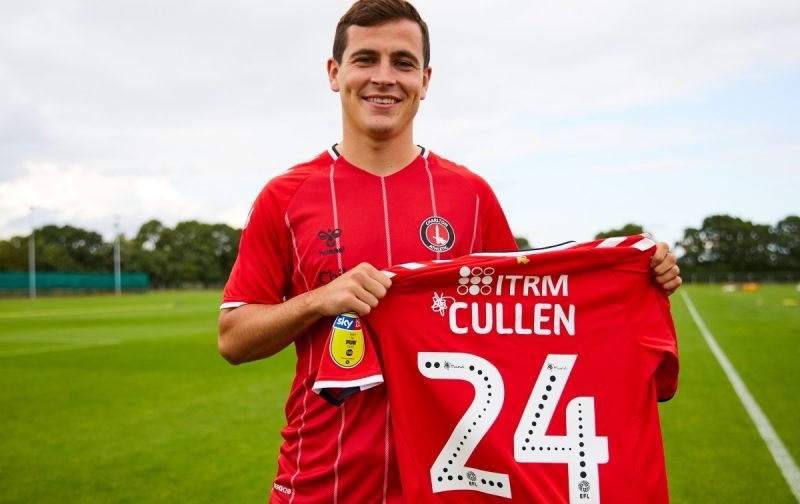 There is no denying that Charlton have exceeded everyone’s expectations so far this season, as Lee Bowyer’s men sit in a fantastic seventh place, just four points off the top spot.

After 12 games in the Championship, the Addicks have had some stand-out performers that have helped them achieve this amazing start to the campaign – one of them being midfielder Josh Cullen.

The 23-year-old Irish international re-joined the club in the summer on a season-long loan from Premier League outlet West Ham, after spending last season with the club on loan in League One.

A vital part of our promotion-winning season, Cullen has taken his form from last year into the Championship and he has been by far one of our best players this season and stands out as one of the best midfielders in the league right now. His work ethic is superb, his passing is brilliant and he’s constantly harassing players to win the ball back.

This sort of form has caught the attention of Hammers manager Manuel Pellegrini, with his side’s form being up and down so far this season. Question marks have been raised about big money signings like Pablo Fornals and Felipe Anderson and with these fears and Cullen’s red-hot form, it’s no surprise that Pellegrini has turned his attention to the Irishmen.

Cullen has a clause in his contract which allows West Ham to recall him in January and with some Hammers players struggling to deliver this year, you may think that the West Ham staff have already made their decision.

Undoubtedly this would be a catastrophic blow for Charlton, as Cullen has been one of our most consistent performers this season and many fans would love to see him sign on a permanent basis. With his contract coming to an end in the summer with his parent club, fans will be crying out for the owner to splash some cash and bring him back to SE7 as our player.

In my opinion, keeping players is our main priority in the January transfer window. The club must do everything in their power to keep Cullen with us until at least the end of the season and should then look to get him in the summer on a permanent.

It will not surprise me at all if he is to be recalled as he has been fantastic for Lee Bowyer’s side. In the event that this happens, the likes of Sam Field, Jake Forster-Caskey, Beram Kayal, Erhun Oztumer and George Lapslie are waiting in the wings to have their chance handed to them. If Bowyer thinks we need someone to come in and replace him, Duchatelet must be prepared to do so. However, many fans and the manager would love to see him sign a contract and I don’t see why we shouldn’t put everything on the table and try to bring him in.

Josh is a brilliant talent and we would love to have him as our own. Let’s see what happens over the next few months.