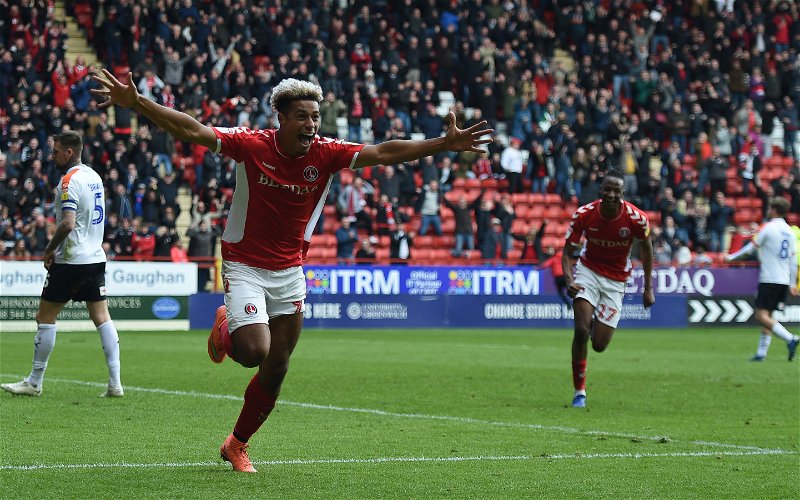 The first leg at the Keepmoat, we will be looking at what the players have to say as we go into the most important part of our season and I just cannot wait! The posts on here have been non-existent as of late and that is something I’m going to take the opportunity now to apologise for, but I’m back now and ready to write!

So, we start with our 2019 player of the year Lyle Taylor, he has had a brilliant season for us and he should have earned more accolades in the process in my opinion, but that’s down to the EFL to decide. Taylor is one player who wants to keep the whole team together because he knows we have something special here and I’m proud to have him at the club directing people in the right way. He could easily become a club captain in the near future if he can sort some other things out on the pitch, as we all know he can be a bit of a livewire, but we love that about him too!

“His hard work doesn’t go unnoticed. He needs to know that’s the case and I’m sure he does. Eventually, something will hit him, probably on his backside, and go in. If that’s the winner then I couldn’t care. I’d take a winner off his bum at Wembley.”

“But Josh just has to keep working hard. We’ve all been through dry patches as centre-forwards. I think I had 17 games at the start of last season for Wimbledon and finished the season with 18 goals. Everyone goes through it, it’s just part of being a centre-forward. Sometimes everything you hit and touch goes in and it’s a goal. When you’re going through those spells you have to really enjoy them, because they soon come to an end.”

This is another example of Taylor being Taylor, he spoke this way about Igor a while back and now he’s come in and really improved himself under Bowyer and with the guidance of Lyle Taylor. With just two guaranteed games left to play, if Parker is our only option he will need to surge into the player that we don’t know in order to earn respect from the fans.