From playing in Non-League to scoring against Leeds: The amazing story of Macauley Bonne 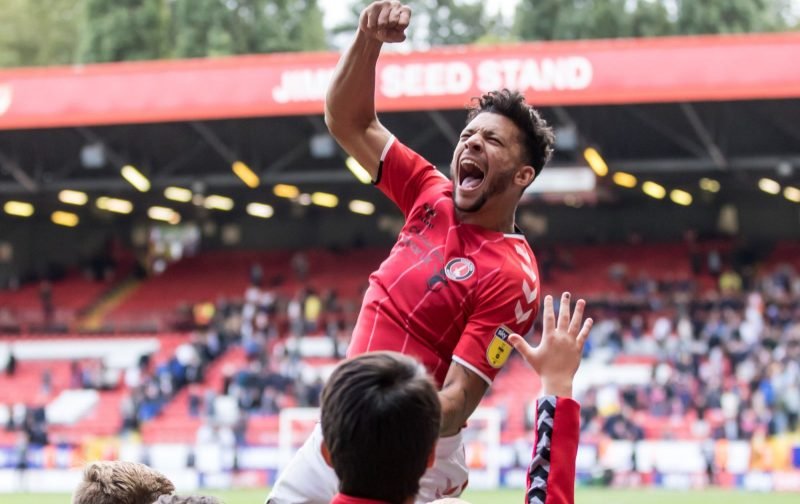 When he first arrived in SE7, not many fans knew who he was, nor was they very optimistic with the signing. But now, everyone is singing his name and he’s scoring goals in the Championship, three divisions above where he was playing last season.

Macauley Bonne was Charlton’s first signing of a busy transfer window, joining the club on a three-year deal from the National League champions Leyton Orient for an estimated fee of £200,000. In his two years with the O’s, he scored a staggering 45 goals in 90 appearances.

When he signed, I knew right away that it would take some time before he made a Championship appearance because he came from non-league. Lee Bowyer has said on multiple occasions that Bonne is his project, in that he intends to build him up as a player so that one day, he’ll be a fantastic striker for the Addicks.

After pre-season, I knew that he wasn’t ready for the step-up to the Championship. However, I did not criticize him because he has time to develop and improve his game to play at our standard. I don’t think anyone predicted what would happen in the coming months.

Following Lyle Taylor’s knee injury back in September, we were left with a massive hole up top, with Jonathan Leko, Tomer Hemed, Chuks Aneke and Bonne as our available options. Against Birmingham and Wigan, Hemed failed to perform and struggled to pose a threat up front with Leko. With the Israeli now out with an injury, Bonne stepped in to start against Leeds United.

Against all the odds, Macauley scored the only goal, in rather scrappy circumstances, to give the Addicks a massive win. No one expected him to make this step-up so quickly and the fans were filled with joy as they were crying out for the Zimbabwe international to be given a chance and he delivered!

Bonne doubled his tally last weekend against Fulham with a fabulous looping header, which saw Charlton draw 2-2 at Craven Cottage. It is truly incredible that Macauley has stepped up when he was given the chance. Two goals in three games against two of the strongest teams n the league is amazing.

He’s come a long way to get to where he is now. From playing in non-league to scoring goals in the Championship, he has proven a lot of people wrong this season already and we still have a long way to go.

I’m looking forward to seeing him in action for the rest of the season, keep it up Macca!