Charlton’s worst nightmare looks to be on the way 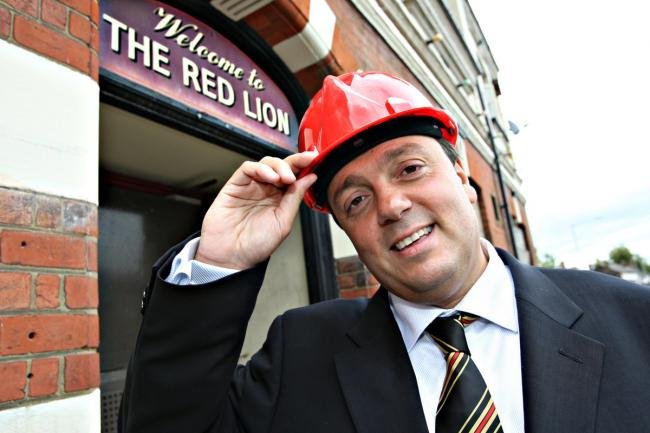 Charlton’s worst nightmare could be on the way, earlier on today it was ‘confirmed’ that the rumors about Laurence Bassini being interested in Charlton were false, however, the former Bolton Wanderers owner has said that he will think about a Charlton bid over the weekend.

This is absolutely the last thing we need, there is no way he should be able to run a football club not after what he did to Bolton as he brought them to the brink of extinction, however, they were luckily saved, but they are just a shadow of what they used to be right now sitting bottom of League One.

Bolton are not the only team Bassini has left a bad impression at, Watford was also in real trouble when he was involved back in 2011 and he was no good there either.

He organized various events such as fan forums and radio call-ins however failed to attend any of them due to “ill-health” and also had the same excuse when he was in court and asked to leave early as he said he was “feeling dizzy after a slip on the stairs” at the High Court, oh and he has been bankrupt twice!

Is this the kind of man you want running our club? Of course, it’s not.

I just don’t understand why Charlton attracts such people, it’s time us fans stepped in on the ownership of the club, I know most of us don’t have the money to run the club, but if we could have bought the club for a pound we could have orchestrated the takeover and sold to the right people to ensure the club’s safety.

I think in the future there should be fan representatives to oversee the takeover of clubs because it’s clear to me and every other football fan that the governing bodies of football are just not capable of doing their job properly, it’s so evident with the number of clubs we hear going into administration or worst liquidation.

The possibility of such things are so likely these days and I feel that someone who truly cares for the club should oversee the takeover with the board members and members of the EFL to come to a fair and successful conclusion to stop these rogue owners getting in our football clubs because it’s just happening too often.

The possibility of The EFL letting something good like this happen has no possibility of happening I’m sure, but we can only dream that one-day football won’t be as corrupt as it is now.