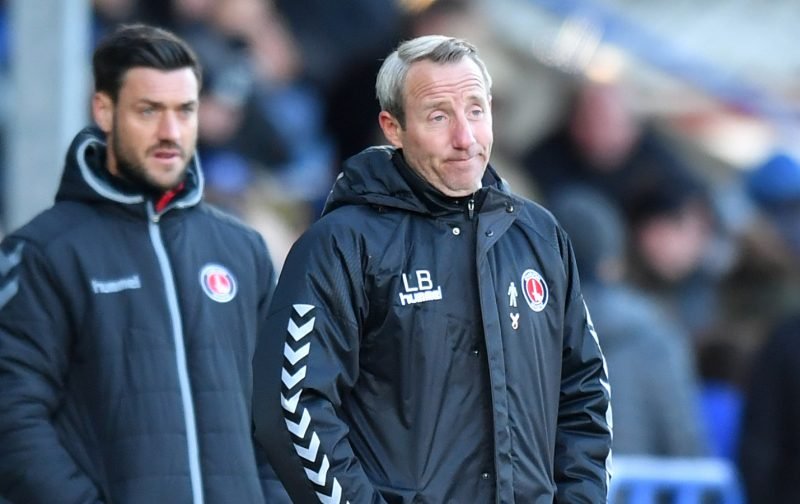 One thing is for sure, Lee Bowyer and Johnnie Jackson’s loyalty for Charlton Athletic is very strong, the club has been under extreme turmoil from reckless ‘owners’ ESI and Roland Duchatelet, however the Addicks duo has stayed committed to the cause since they were appointed.

Lee Bowyer said that after Charlton’s relegation he “never felt lower in his life” as they battled against finishing in the bottom three only to be relegated by a last-minute Barnsley goal that we could not control and we could have had every chance of staying up if it were not for the antics of ESI as they messed around the South-London club and put us under a transfer embargo, but it didn’t help that other things Bowyer couldn’t control did not go our way such as Conor Gallagher and Lyle Taylor, plus the lack of promised investment in the squad.

The Charlton assistant manager who has cemented legend status at the club after making 279 appearances and scoring 55 goals and captaining Charlton to a League One title in 2012 whilst accumulating 101 points.

“There are a number of reasons we’re staying. We’re obviously professionals, and you sign contracts and you’ve got a job to do.

“There are reasons perhaps why we ended up getting relegated, but you can’t completely absolve yourself from that, and there’s a willingness to want to go and put it right again, professionally, to do the right thing.

“Obviously, we both have a massive affinity with the football club. To just walk away would be heartbreaking and it was never something that either of us wanted to do.

“We’ve had this conversation before, we just want and need some help, really, to be able to do the job to the best of our abilities. So, that bit is a little bit out of our hands.

“We feel like we owe it to the football club, to the fans, the supporters that, despite a relegation, I think I’ve barely seen a cross word towards us on social media and stuff like that.”

A pair of true Charlton legends Bowyer and Jackson are, they could have walked away many times from this mess, but they certainly see a lot of potential for this club, and they want to be a part of it and under a good ownership that potential could be fulfilled.

All we need is stability and more of a structure around the club and we will be fine, we have been a sleeping giant for years floating around the Championship and League One, but without any help from the higher-ups, the things we have achieved so far shouldn’t have been done with the limited facilities we have.

Thomas Sandgaard is not far off of completing a deal for The Addicks as he stated it could be done by the end of the week and if this can be done, hopefully the EFL can approve as soon as possible, who knows that might even be what he’s waiting on, we certainly hope so!