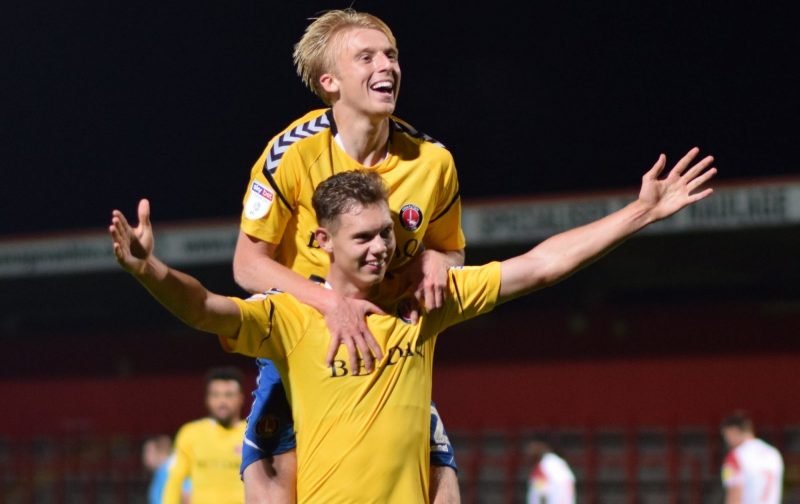 Young left-back Toby Stevenson has been sent out on loan to fellow London side Dagenham & Redbridge.

Toby is best remembered for his debut hat-trick in the record-breaking 8-0 EFL Trophy win against Stevenage last season, beating the previous record which was 8-1 against Middlesbrough set in 1953.

His performance in that game ultimately led to three League One appearances along with an FA Cup debut against Mansfield Town.

Stevenson will make his debut for The Daggers today in their match against Solihull Moors.

This is great chance for Toby to gain some experience at a decent Dagenham side who are currently managed by Peter Taylor, I think he can certainly become a good player at some point obviously that hat-trick he scored will be a good bit of exposure for him especially with him being a left-back.

Stevenson will join the Daggers on a 28-day loan deal and will return to Charlton on November 30th.

Please donate to The Jack Jeffreys Superhero Trust, no matter how big or small every penny makes a difference!