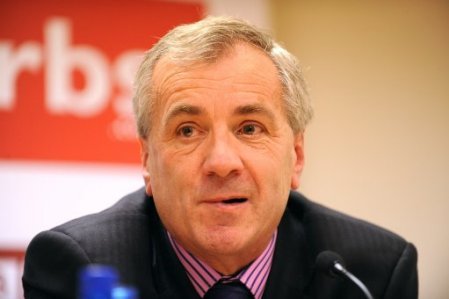 This ownership saga has had so many twists and turns it can be hard for us all to keep up with it at times, but we have also had fans such as Dodger who will always remind us why something needs to be done about this dire situation we find ourselves in.

Can you get 100% on This Charlton quiz? See if you can name the club that these players moved to after Charlton.

It’s now come down to the point where Charlton need to find a buyer before the 12th of September before we are effectively expelled from the league, the current non-owner Paul Elliott has been trying to reassure fans that the club is in good hands, but why should we have any reason to believe him when he is working with someone like sports lawyer Chris Farnell who has dealt with liquidated teams such as Bury in the past, which gives us nothing but red flags.

Our saviors in the form of Andrew Barclay and Peter Varney are currently trying to buy the club, but without EFL approval for ESI’s second takeover of the club, it’s going to make things harder, but if that is not approved, would they be able to step in and talk directly with the EFL themselves? I sure hope that is the route it will take, but I’m guessing that if ESI’s second takeover is declined then that could spell trouble for The Addicks.

With the recent history involving ESI and Chris Farnell I would be surprised if the EFL approve the takeover seeing as this deal just has liquidation written all over it, however, this is the EFL we are talking about.

The time is running out for Charlton as we have 46 days until the season starts again and with no hints of a stable future teased for Charlton yet, even darker times look to be ahead with the expense of the fans.

“Any further significant delay in the EFL decision-making process will only serve to further destabilise the club.

“Putting together a competitive squad for next season is already a significant challenge for whoever the owner is – be that ESI or not – and the ongoing uncertainty will certainly hinder recruitment as players will be reluctant to sign.

“If ESI is ultimately rejected by the EFL any prospective new owner will require a period of due diligence and the future ownership of The Valley and the Sparrows Lane Training Ground will need to be resolved with the former owner.

“There will need to be visibility on the sums the club owes to creditors and clarity on any claims or known litigation threatened by third parties and the timescale for the resolution of these issues is already extremely tight.

“For the sake of the club’s players, staff and the supporters it is vital that all those involved in this process come to a resolution one way or the other urgently, and with video conferencing this should be readily achievable.”

He is right, the speed that it has taken to get the takeover approved has took way too long and as he mentions video conferences would speed up the process dramatically.

The sooner this all gets sorted out the better, as we need to tie down players on contracts before they are tempted elsewhere and to bring new players in on a short timescale would put us in the same position Bolton was this season, so, unfortunately, Charlton fans, League Two could be close for us, but if we can get everything sorted quickly and legally there is no reason why we can’t push for promotion next season especially with Varney and Barclay at the helm.