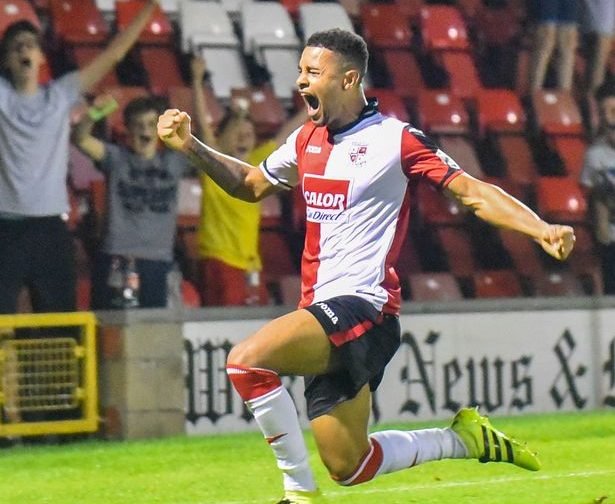 Well, this is certainly a controversial one! Former Love Island star Dennon Lewis has started training with Charlton Athletic after Lee Bowyer invited the 23-year old to Sparrows Lane to see what he can do under trial.

Lewis who can play almost anywhere up and down the wings and upfront, has made a really good impression at Wealdstone this season picking up the player of the year and young player of the year awards after a great campaign scoring 14 goals and assisting 11.

I have to say this is a bit of a strange one, not just because he’s been on Love Island but because he plays for non-league Wealdstone.

Obviously you can find some diamonds in those leagues but I’m not sure if a big personality like his would be good for team bonding with his appearance on Love Island being the subject that shot him to fame, where I would rather it be the football that gives him that recognition.

He does have a decent record last season but we have to remember that he was playing for Wealdstone who are miles behind us in terms of footballing capabilities.

Hopefully, he can be another Macauley Bonne and make the big jump from the non-league to League One and make a real impression, but so far I won’t be convinced until I see him on the pitch scoring goals, because that is what we struggled with last season and we can’t have any strikers not scoring goals next season.