Bowyer reveals that two players have picked up injuries 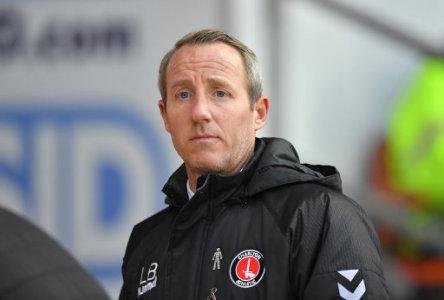 Well we were all waiting for this moment to come and it has unfortunately arrived, the injuries before COVID-19 brought football to a halt were really testing at times and all of us are just hoping that those times don’t return.

Charlton drew 0-0 with Cardiff City earlier on today and taking all things into account that’s a decent result that I think we can all be happy with as we are now four points above the relegation zone as it stands, but there are some teams down there with some real quality in their teams such as Huddersfield and Stoke, but they just can’t seem to play well together so I hope that works out in our favour.

If you didn’t notice two names from Saturday’s game were missing from the teamsheet and they were Tomer Hemed and Adam Matthews who have both picked up knocks, so hopefully it’s not too bad and won’t affect the rest of the season, because I thought we were missing Matthews today, I felt we leaked a few chances that we wouldn’t if Matthews was occupying right-back, but his injury could be the least serious of them all, so I would expect him back for the Millwall game.

With Hemed, obviously we all know he hasn’t had a good start, but in the last two matches, he has been a different player and someone who is looking to improve in the later years of his career like Darren Pratley has and I really hope he can come back from this injury and kick-on because he was doing quite well.

I hope the medical team will have the injuries under control this time, but after the Cardiff game it looks like Sam Field has joined that list with a head cut alongside Lewis Page and Matt Smith, hopefully, it’s nothing serious but if it’s a concussion he could miss out on the rest of the games, they are about to come so quick these players are not going to know what’s hit them so I would expect this list to grow as the final games play on.