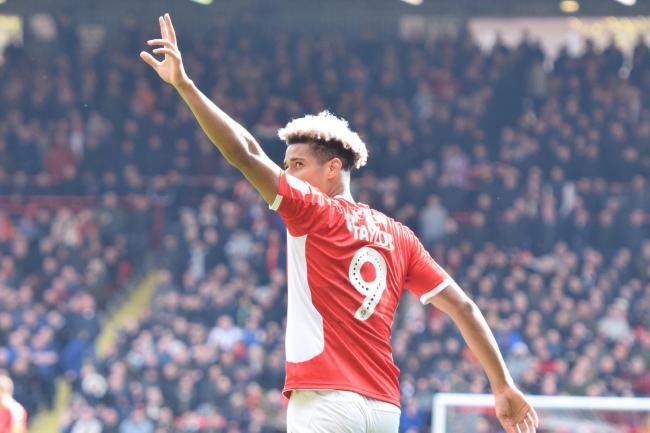 The news none of us wanted to hear about but by the sounds of it, it’s not as bad as what we think. Lee Bowyer has announced that Lyle Taylor has had a slight setback in his recovery process as they hoped to have him on the bench for the Preston game.

It’s understandable that Bowyer does not want to take any risks with our star man as he is getting closer and closer to full fitness and we could see him back for the Millwall game which would be a perfect return for the blonde-haired hitman.

“We were hoping that Lyle would train this week and maybe be on the bench, but it’s just come a bit too soon. He seems in a good place, but he’s had a bit of a setback. We can’t push him or take any risks.”

It’s great that the positivity is still kicking on in Taylor despite his injury and he keeps a cool head ahead of his return.

Taylor has notched 5 goals in 6 games for The Addicks so far this season and once he is back there is many more to come I’m sure of it.

We are all looking forward to seeing Macauley Bonne and Lyle Taylor up top because that partnership is going to be lethal!

Please donate to The Jack Jeffreys Superhero Trust no matter how big or small every penny makes a difference!