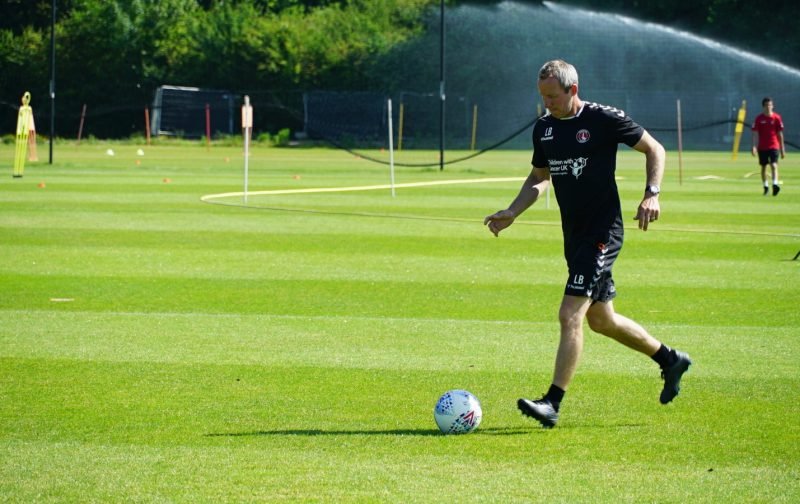 The Addicks are back at Sparrows Lane! The boys are training hard ahead of the new season which kicks off on the 12th of September as we find out who we start the season against on the 21st of August.

After a heartbreaking end to last season, Lee Bowyer will be looking to get those broken Addicks hopes back up and ready to fight for promotion, however if things carry on the way they are we will be far off of a push for promotion.

“The first couple of days have been good, they’re a bit rusty, which is understandable, but fitness-wise they look in a good place. We’ve not had much of a break, the lads only had about three weeks off, which is just as important as getting the fitness right.

“It’s going to become a long season, but we’re two days in with the balls now and it’s been good.”

To help team bonding The Addicks will be heading to a training camp at the Belfry in the West Midlands.

“It’s important for us to go away together. You need to get that bond, especially with the way things ended at the end of last season. You have to rebuild, that’s just natural. We lost a lot of players so we have to bond this group of players the best we can. It’s what we did for the last two summers and that worked well.

“It’s important that we get a good team spirit and they are the places that it all begins.”

I will look forward to seeing Alex Gilbey and Conor Washington’s initiation soon!

On a serious note I hope they can all gel well together ahead of this new season, we are all expecting promotion and nothing less if we can keep hold of our main players such as Dillon Phillips and Macauley Bonne who have all been rumored with moves away from Charlton.

I hope they all have a great time at the training camp and new relationships get made!