Bowyer gets nominated for award 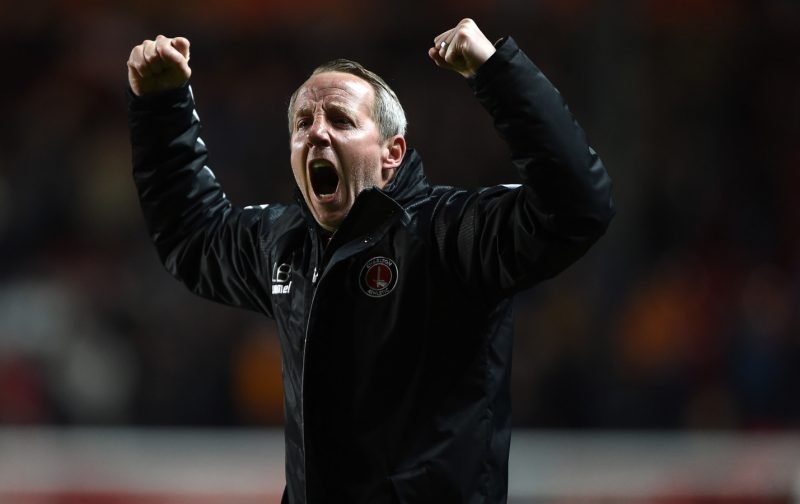 With just five games left to play until the season finishes, Lee Bowyer’s Charlton Athletic are flying high as we recorded another hard-fought victory against the Chairboy’s of Wycombe Wanderers. We extended our unbeaten run to ten in a very physical affair in Buckinghamshire as we swept aside the blues with a Jason Pearce goal which was assisted by Josh Cullen.

But that’s not what we are here to talk about right now, Lee Bowyer has been nominated for the SkyBet League One manager of the month award alongside AFC Wimbledon’s Wally Downes, Luton Town’s Mick Harford as well as former Charlton and now Oxford United manager Karl Robinson.

To be honest you can’t really predict who would win this one each of those teams have been superb through March, but if the award is announced before the Luton game I would love to see Mick Halford win it and then lose at The Valley because that always the way with the ‘manager of the month curse’ everyone talks about. If Bowyer were to win it, I believe he could prove everyone wrong about that ‘curse’ because he has already proved everyone wrong this season, showing that Charlton are a force to be reckoned with.

With limited resources, limited budget and an owner who’s about as useful as chocolate teapot, it’s safe to say Bowyer and Charlton have hit some heights this season against all odds and we are now really stuck in to the race for automatic promotion. We need to win all five games and we need a bit of luck with the games around us and you never know what can happen, but if it does we could be looking at one of the best pursuitsof automatic promotion in football history.