Ben Purrington returns, but surely Roland did not sanction this? 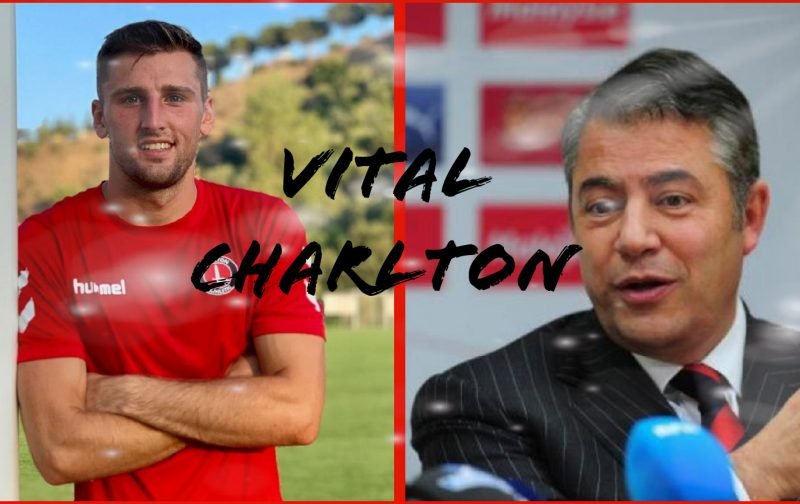 Yesterday we got bad news around lunchtime regarding the takeover falling through as the Evening Standard reported that Mehmet Dalman has walked away after owner Roland Duchatelet increased his asking price to £50million despite saying that promotion to the Championship would not affect his price tag.

Current #CCFC chairman Mehmet Dalman is understood to have agreed a fee with Roland Duchatelet to complete the takeover of #CAFC, according to the Evening Standard.https://t.co/J6BAIc1k2c

While we just wallowed in our own doom and gloom once again a light appeared at the end of the tunnel and delivered some good news in the form of Ben Purrington. I love that he has come back and we all know that he wants to play for the shirt and I am over the moon we have got him back. Also, yesterday I released an article and I mentioned that Ben would be an unlikely transfer as we would have to spend money on him. But to my surprise we spent money!

Now with us Charlton fans we are used to the bad surprises popping up from time to time and to be honest the bad stuff happens to us so much that we always think whenever something good happens something bad will come along with it. In this case, we started the day with something bad, there was really no surprise, we know Duchatelet is not interested in selling although he says he is, so we were expecting that, however, we have just paid a transfer fee and signed Ben on a three-year deal.

It is so unbelievable that Roland would spend money on the team unless he let us have the Aribo money and we just paid with that, but if the transfer fee is over £300k we know more money has been put into Ben’s transfer. With how ‘adamant’ Roland is to make the club look appealing to a potential buyer and the number of cuts he has brought to Charlton you would have thought he would not be spending his own money to bring someone to the club, is there someone working on this behind the scenes, maybe a potential buyer?

Whilst Dalman’s takeover has been ruled out by The Evening Standard it does not mean it’s completely dead, Richard Cawley gave his opinion on the situation in the tweet below.

Also think there were other issues/questions when the Dalman camp looked into things at #cafc which might not have been settled to their satisfaction.

Dalman is not the only person who is reportedly interested in buying the club, rumour has it that a Chinese consortium is heavily linked with buying the club, there is no word on who these people are or how much money they have all we know is that is from China and apparently there is another party from Europe. I hope Dalman can negotiate with Duchatelet successfully and acquire the club as we know from all the previous negotiations Roland is not easy to deal with.

4 Replies to “Ben Purrington returns, but surely Roland did not sanction this?”