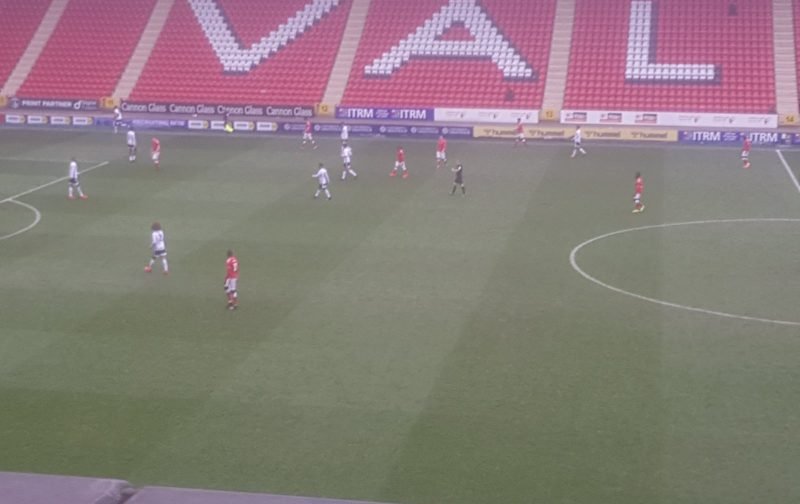 Charlton U23s have suffered a real heartbreaking result as Fulham struck late on in normal time and extra time to advance to the quarter-finals of the Premier League Cup.

Charlton started the game the best of the two sides, Chuks Aneke looked a bit greedy on the ball, however, some of those attacks that stemmed from that greediness almost paid off more often than not.

Jake Forster-Caskey also had a decent 45 minutes, he didn’t put a foot wrong in the whole of the first-half and he looked pretty solid.

As we got to the halfway point of the first half I thought that Hady Ghandour looked really good on the ball and was very active for most of the game, although his end product is something that could be improved, many of his crosses were very inaccurate but he had a decent game nonetheless.

On 28 minutes Josh Davison struck the back of the net after Toby Stevenson played Brendan Wiredu on the left as he put a low cross into Davison as he gave the home side the lead.

Lucas Ness also had a decent chance as his header hit the post and then came back out to him, he tried once more but it was cleared off the line and went over for a corner which came to nothing.

In the second half, Junior Quitirna and Abraham Odoh came on the pitch and both of them looked really good. The two lads were both extremely quick on the ball and skilful throughout, although they both made a couple of reckless decisions in the game but I can these two playing for the first-team in a year or so.

We calmed the attacks down but with players like Odoh and Junior on the pitch we cant sit back and defend properly as the both of them look like they are very attacking-minded so I feel bringing them on and then deciding to defend and be careful with the ball was something Jason Euell may regret as we ended up conceding an equalizer in the 90th minute and Fulham forced us into extra time.

Extra time was relatively quiet, not much happened until Fulham got a penalty as Fabio Carvalho threw himself to the ground in the 119th minute and they converted the penalty to advance to the next round.

Charlton looked dominant for large parts of the game and I feel that we didn’t deserve to lose at all. We should have gone through to the next round, but sometimes football is harsh and today was just one of those days.

It was my first U23s game and to be honest it was a very good experience despite the result, so thanks to Tom Rubashow and Olly Groome for letting me come along and report on the game, looking forward to the Cardiff game on Thursday!